Finny had a great second day. He's really getting comfortable in his new home. I left him for several hours to do errands, shopping etc. and he was as good as gold. He's fond of my living room couch and when I go out, he climbs up there to sleep. When I'm home, he always sleeps on his dog bed. I think he thinks he's sneaking onto the couch which is funny because I don't mind if he gets on the couch and I try to get him to come up beside me but he just lays his head on my lap and leaves his body… Continue

Member Since 2009 Finnegan's first day in his new home 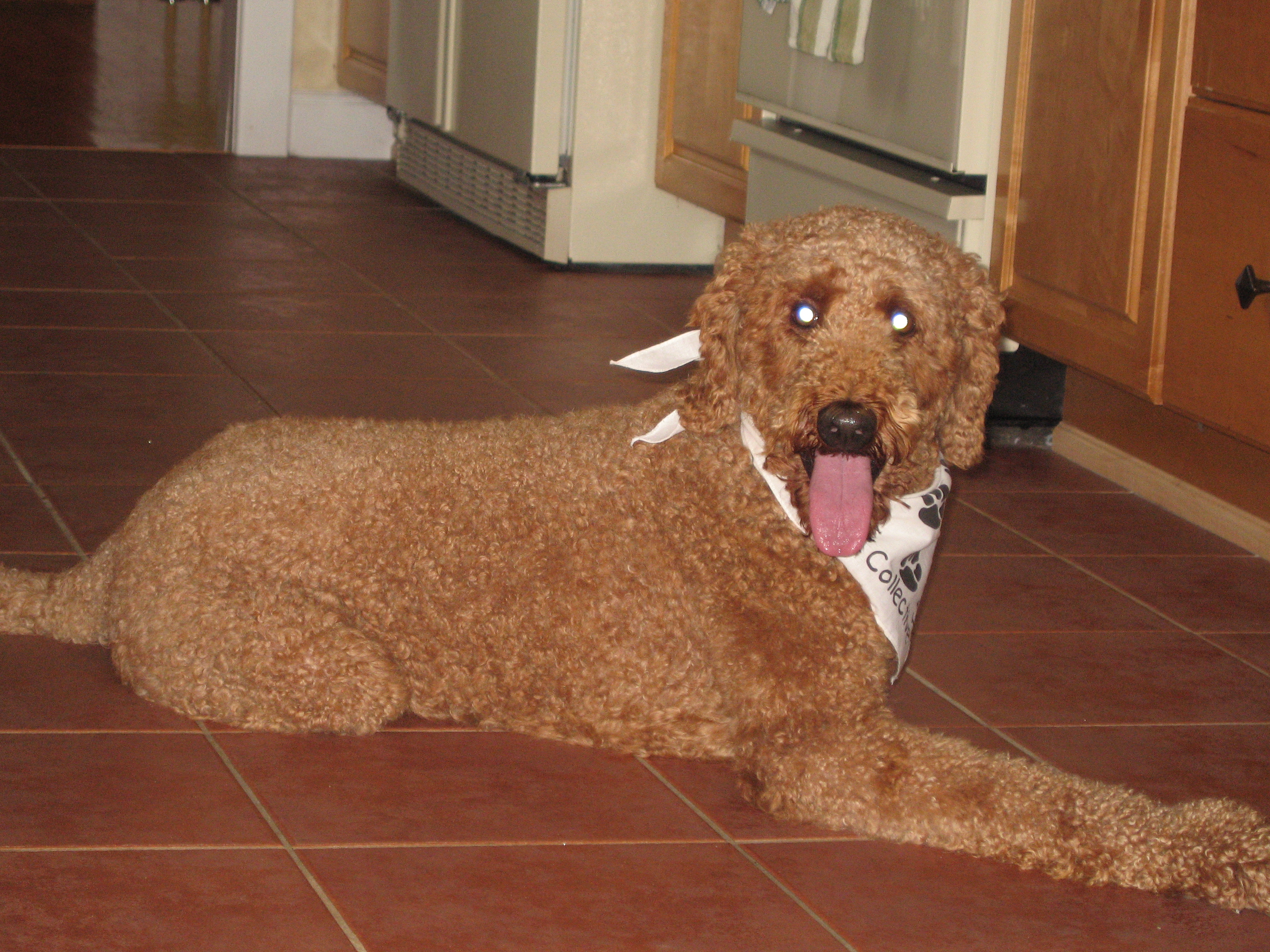 Lynne brought Finnegan over today as she thought it would be better for her to be here with him when he first saw his new home. It was great seeing him again, and Lynne too of course. I really admire the work she and Jackie are doing especially when you see how happy and special their rescued doodles are....Finnegan looked great! He gained a bit of weight these past couple of weeks and seems so happy.
I felt bad for him and Lynne after she left.… Continue

Gabby is my first foster dog and my first doodle. She came from the wonderful people of Arizona Poodle Rescue.

Gabbie was found by animal control wandering the streets of Phoenix. She was filthy and parasite-infested. She was so shy of people that if anyone just reached out a hand to her she darted as quickly and as far away as she could.

When I picked her up she had been clipped but still needed that flea and tick bath. She was terrified of the car and had to be… Continue

My darling labradoodle is in need of a friend! I am looking for a house trained 2y/o ish doodle or pure lab or golden retriever that needs a good home. Let me know if anyone knows of any in the south east region. THANKS!

Here is the truth. We are an all volunteer group of caring people who have the…

I met Finnegan yesterday and he was just as wonderful and perfect in person as he is in his pictures. He's calm, gentle and seems older than his 2 years. He has what my grandmother used to call "an old soul." It was great meeting Lynne also, who lives only a couple of miles away from me, and it's clear that Finnegan has really been enjoying the company of Lynne's three dogs and her family. Lynne has a wonderful house - it's like a dog-paradise. Finnegan is going to stay there for a few more… Continue

BOCKER the Labradoodle is one talented dog. He has figured out how to Twitter and Facebook all on his own……… and he even has hundreds of friends and followers to show for it. Amongst his friends are notable politicians, celebrities, and tv personalities.

I adopted your pet today...
The one you left at the pound,
The one you had for nine years
and no longer wanted around.

I adopted your pet today...
He had fleas and a cold,
but don’t you worry none -
You’ve unburdened your load.

I adopted your pet today...
Were you having a baby or… Continue

Marco did great today with his neutering surgery. He's only been home a few hours and is very tired and quiet. I know it's just the anesthesia wearing off but it's such a change from his recently found rambunctious self that I've grown accustomed to. And let me just say that he really, really HATES the "cone" he's going to have to wear for the next week so he doesn't rip his stitches out. 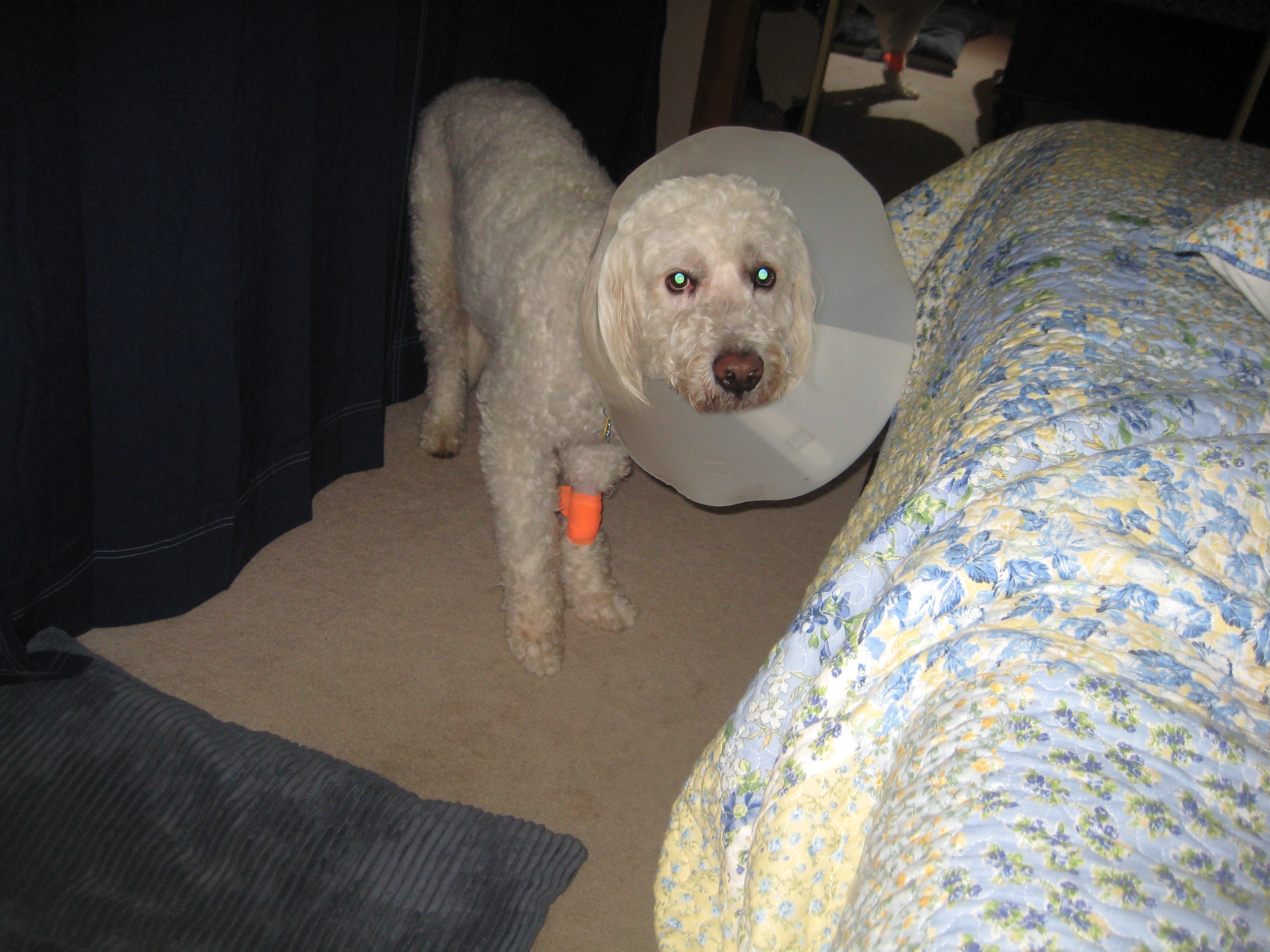 When we first put it on him, he stood frozen in place for… Continue