We recently heard of a really great "traveling dog groomer" that several of our neighbors use and love. She has a really nice full "stand-up in" type of van with all of the equipment and grooms the dogs while parked in your drive. I scheduled an appointment for Marco and was very excited that he wouldn't have to endure the whole drama of being locked in a crate type thing while waiting for his appointment.

I talked to the groomer twice before the appointment to make the arrangements and discuss the cut. I advised her I simply wanted the exact same cut he had with just a small amount of trimming and explained I most definitely didn't want a "poodle cut". Not that I mind poodle cuts, I love poodles...that's just not Marco's personality.

Rob was off work yesterday so he met the groomer when she got there. When I called home a couple of hours later to check on our boy, Rob couldn't quit bragging how great Marco looked. He went on to tell me that she had trimmed him exactly like he'd explained to her....short and shorter.....after all he explained to me, Marco would be more comfortable in a this Texas heat with less hair. 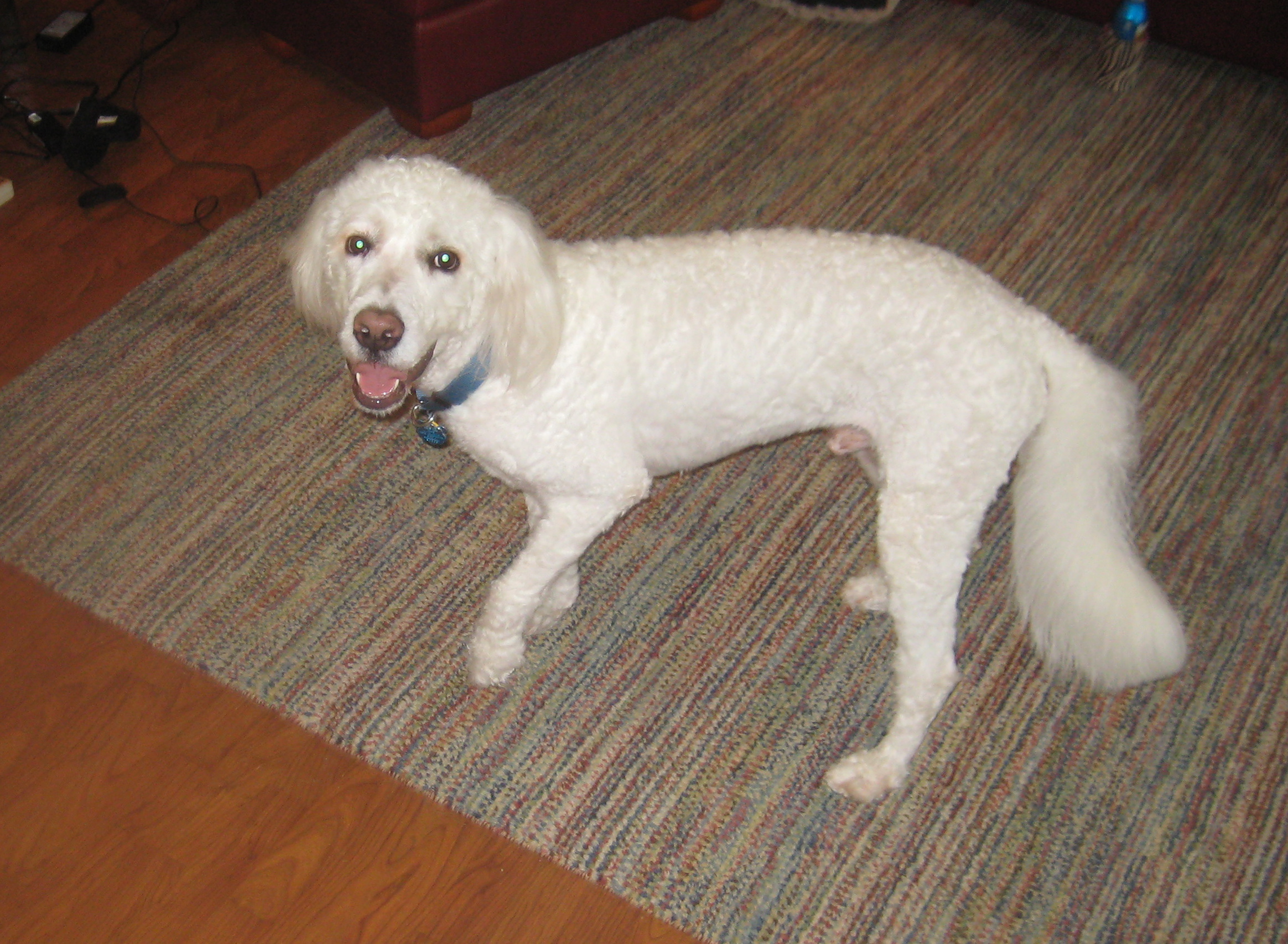 I wasn't quite sure what to expect when I got home. I found a very clean, well groomed Marco who just didn't look like Marco. His face was shaved and his body was very closely groomed, the shaggy look was gone. He looked very sweet and was extremely shy. Just not fiesty like normal. What's that all about? 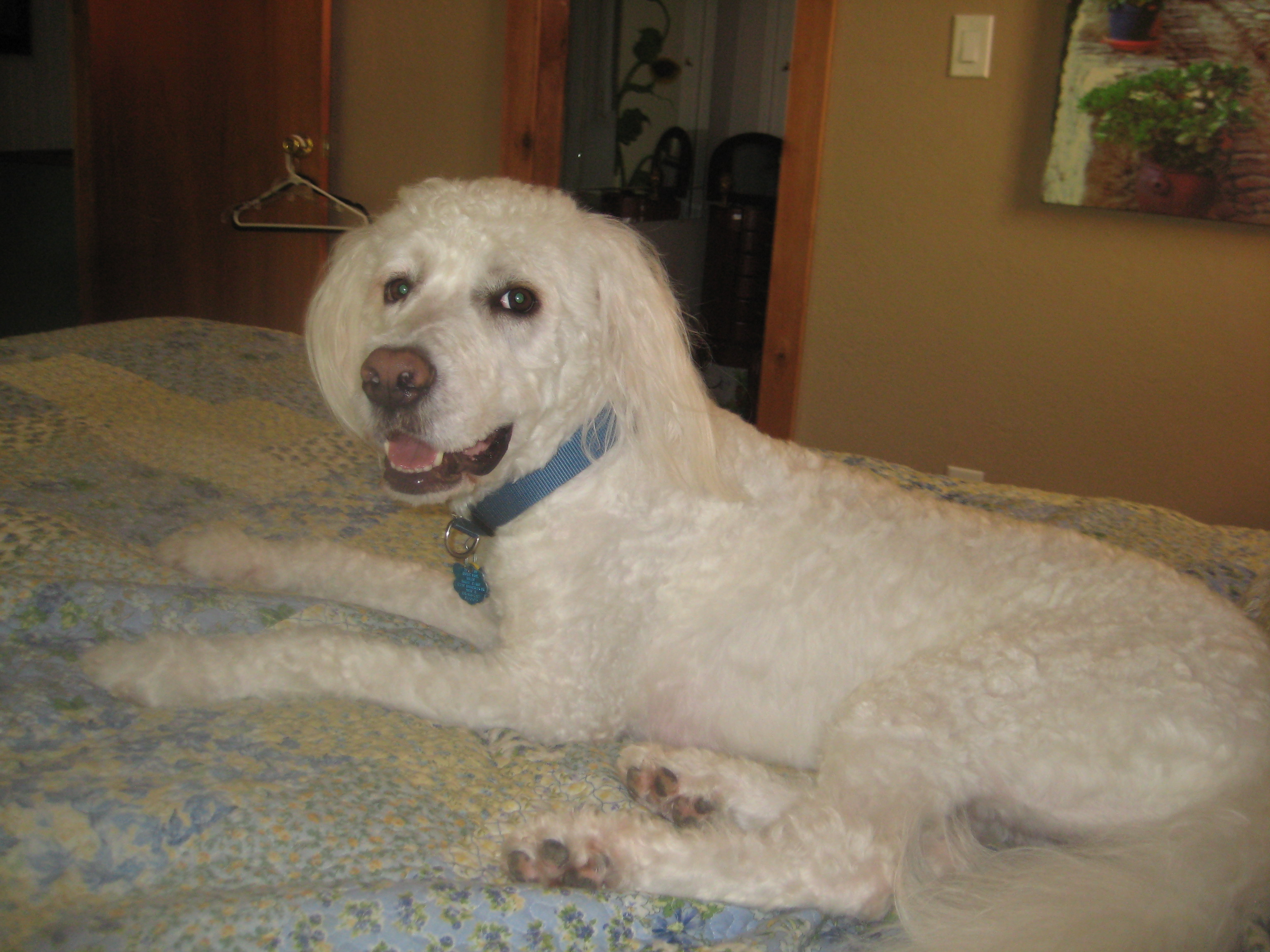 Of course I loved and bragged to him about how great he looked but he's been real interesting to watch for the last day and a half. He just isn't acting like himself. Is it possible our Doodles love their shaggy look and just feel better that way? Although he's gained quite a bit a weight since we've had him he also looks really thin without his hair.....

I know it'll grow back and he'll regain his self confidence in no time....he's just too full of himself not to...and he will probably be more comfortable in the heat....give us a few weeks and he'll be as furry and fluffy as always. 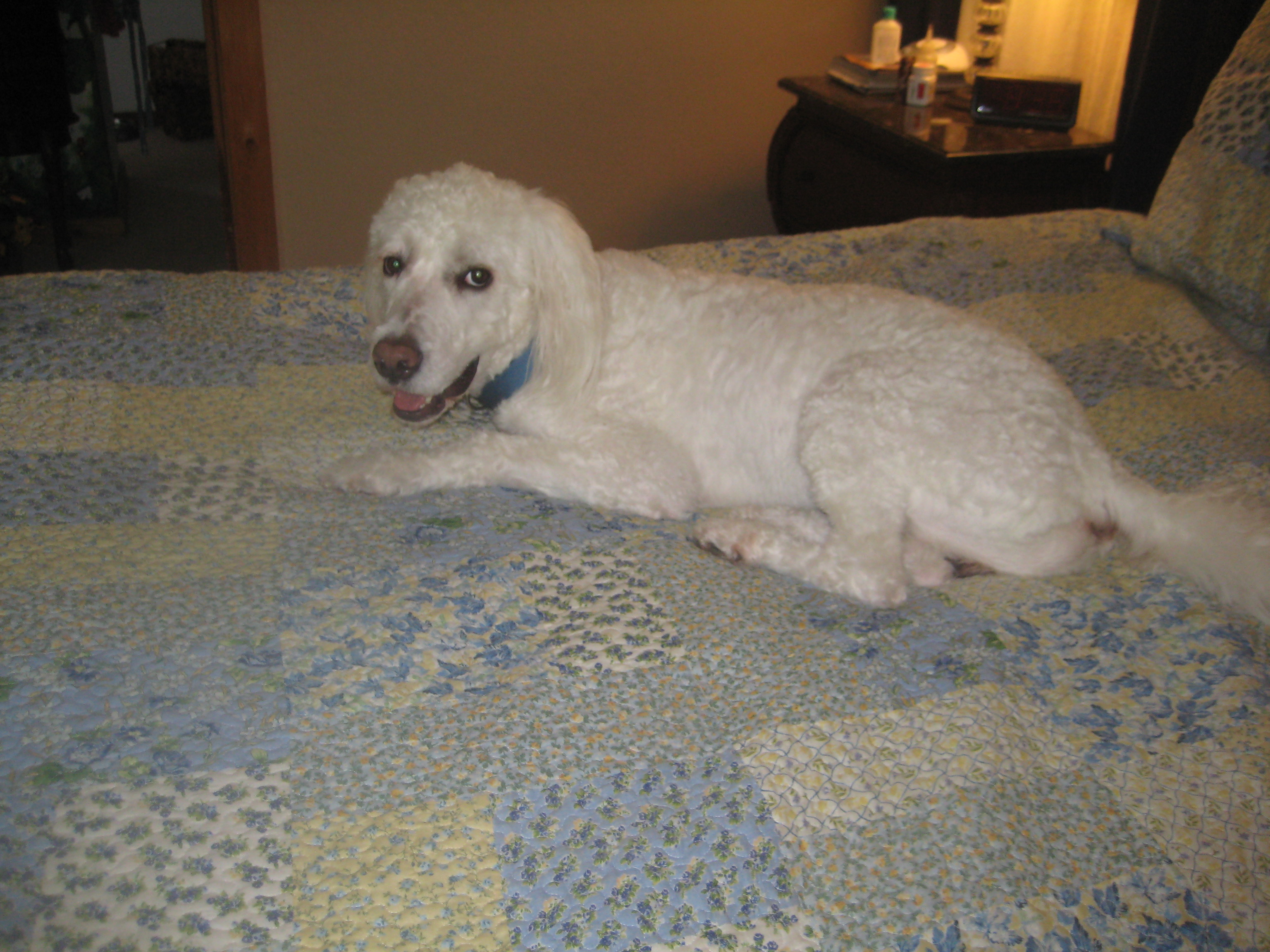 Member Since 2009 Comment by Jenny Jackson on October 21, 2009 at 10:42am
hi Jodie, aww my Tess has had cuts like that too. The ears and tail long and then the shaved poodly face. I adore poodles too but part of a doodle is their fluffy faces! I always ask to leave the face longer. I think I have posted a few photos of Tessa's "bad" cuts. We've all been there... and yes, I agree. Never explain over the phone or expect your partner to explain it well either! haha ;-)
Marco is precious. Can't wait to chat more.... :)