Member Since 2009 The doggy routine, complete with Doodle quirks...

Lil' Tessa is turing into quite the Dood. She is turning 2 on November 5th and I can't believe how quickly the time has past. The bouncing bundle of fur is now a LARGE bouncing bundle of fur with more personality than any other dog I know. What is it with Doods always wanting to let you know they are there... no matter what you are doing! Or how about sitting so proudly in front of you for an approving pat or licking your face until it's soaking wet :) My favorite is her… Continue

Member Since 2009 Coogee has Whipworms - please find some info

I just had a call from my Vet and they came back with some news of the stool sample. I will have to treat it with some other meds which I shall pick up tommorrow first thing.


Coogee has Whipworms and I found some info as follows.

(Trichuris vulpis, Trichuris campanula) are common in dogs and found throughout the United States. Trichuris serrata may rarely be found in cats. Whipworms get their name from the whip-like shape of the adult worms. The front portion of the… Continue

Sunday 04th 2009
We headed off to Sandyhook to meet our new pup!
Our son Ollie had been prepared and was already talking about how he is going to have a new friend.

We already have a name picked out, Coogee, is a beach in Sydney Australia. It was the first beach my husband took me to walk on in Australia. I recall laughing at the name and said my next dog would be called Coogee as it sounded perfect for a dog.

Arriving at Sandyhook, it was foggy on one side and… Continue 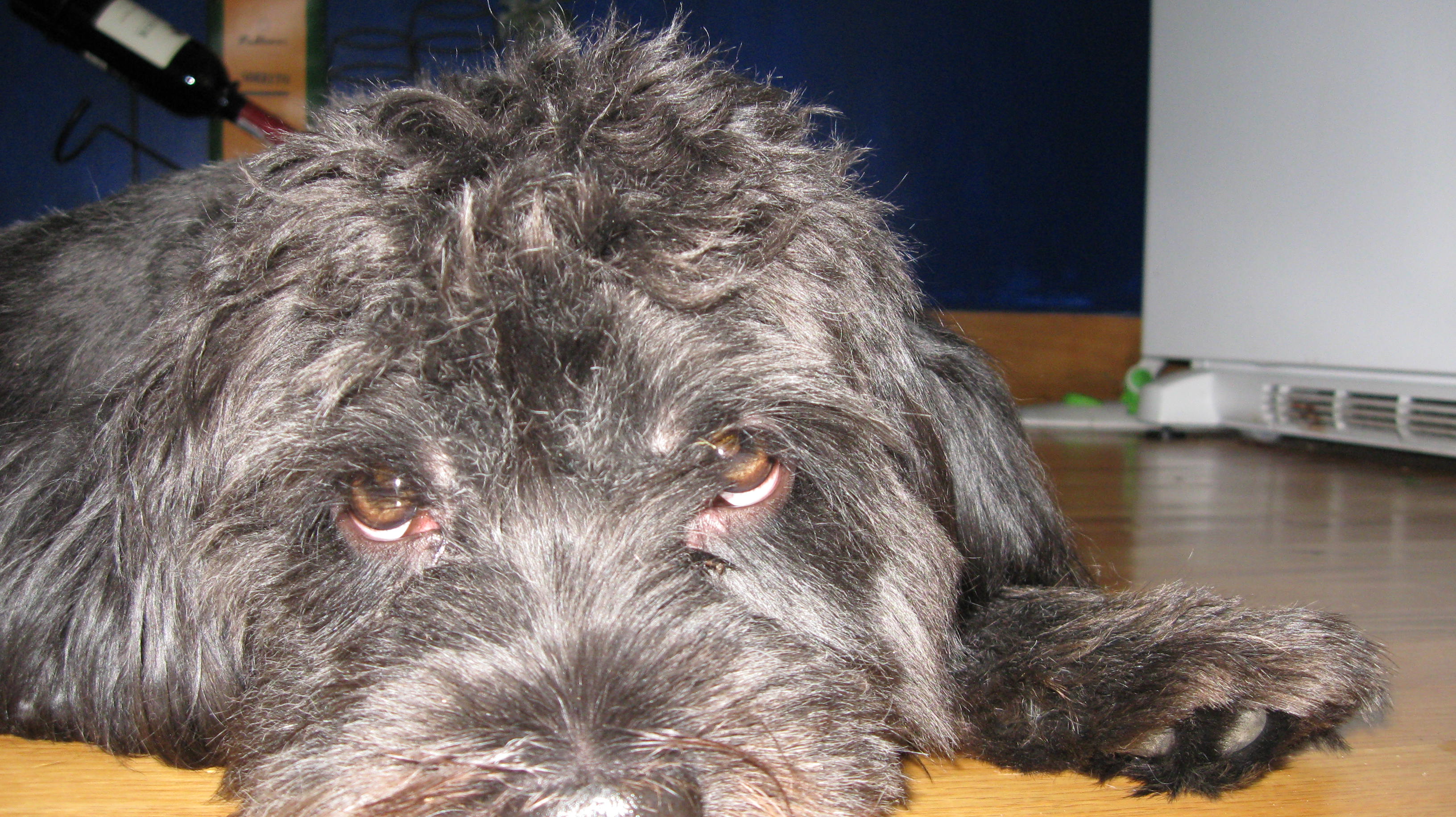 And so it begins... my life as a Doodle Daddy.

Brody came to his new forever home today. To get prepared, I went shopping for my new pal. We got him his bed, and some bowls on an elevated wrought iron stand, a Harley Davidson "Bad To The Bone" matching collar and leash set and of course, TOYS! YAHOO!

Jackie came to our home and met my wife and kids, and introduced us to our new dude... I mean Dood.

As luck would have it, my in-laws came over so the house was… Continue

A new home in Oakville Ontario!

My boyfriend and I just bought our first home. What an amazing feeling it is. We lived in a tiny one bedroom apartment one city over and with two large breed dogs, it was starting to grate our sanity! Tessa, our doodle, is 64lbs and Cody, the beagle/boxer cross is 57lbs! Phew.

We were worried about the transition with the dogs. Being a new home, new smells... would they mark their territory? Would they chew things? We moved in yesterday and… Continue

Member Since 2009 TheRash and the New Collar

Gabby apparently has rather tender skin. Her first collar gave her this horrible rash, all her neck fur fell out. We had it checked to be sure it wasn't anything worse and changed her collar. That helped but we decided that a soft cloth collar would be most gentle for her healing skin.

I went online and decided $15 to $25 was just too much to spend for something I could make with scraps I have at home.

Member Since 2009 More pics of Finnegan

Hope I'm not boring you all to tears - Lynne keeps asking for pics so here are some from a concert in the park we went to last night, Finny had a great time!… 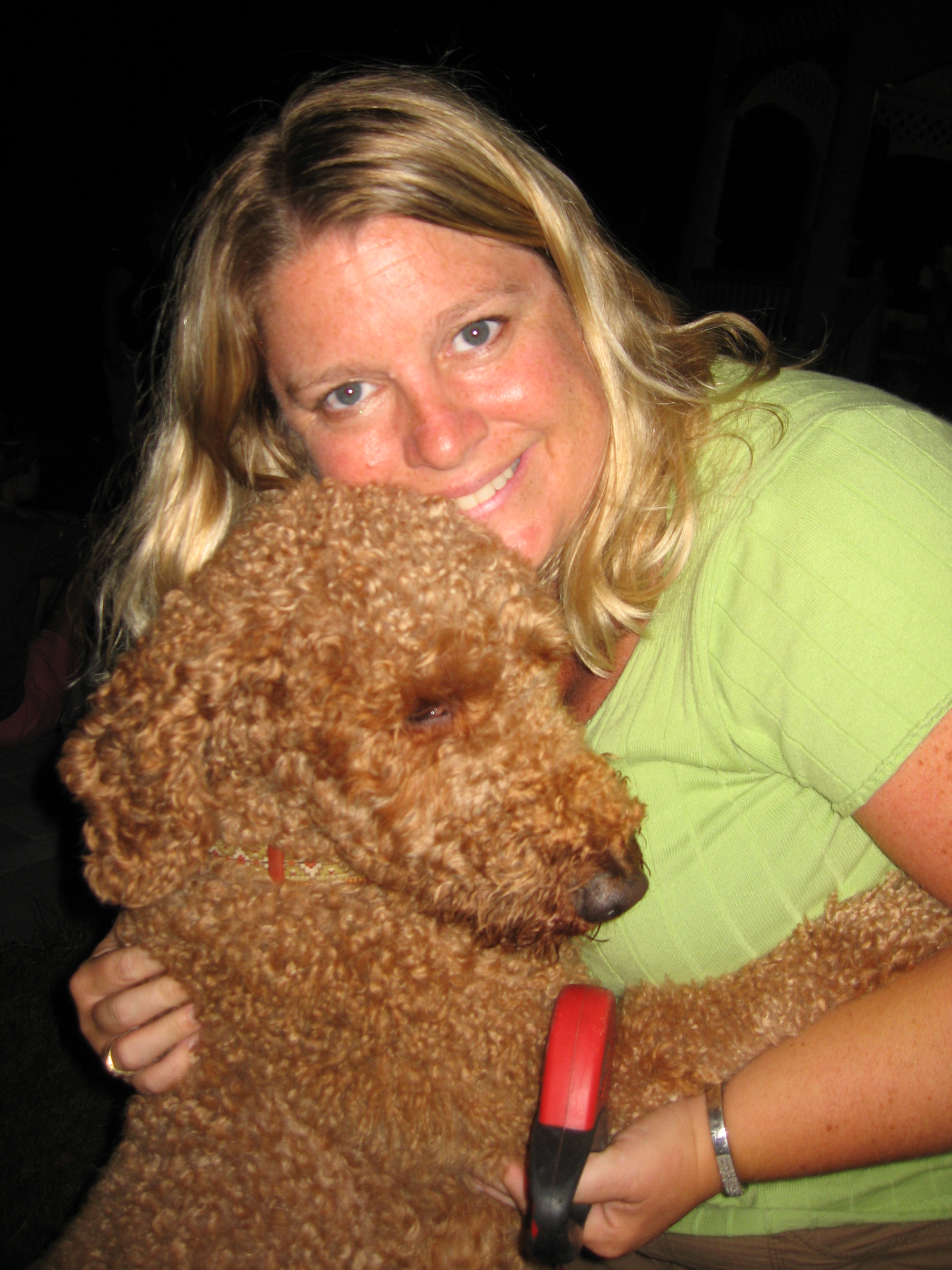 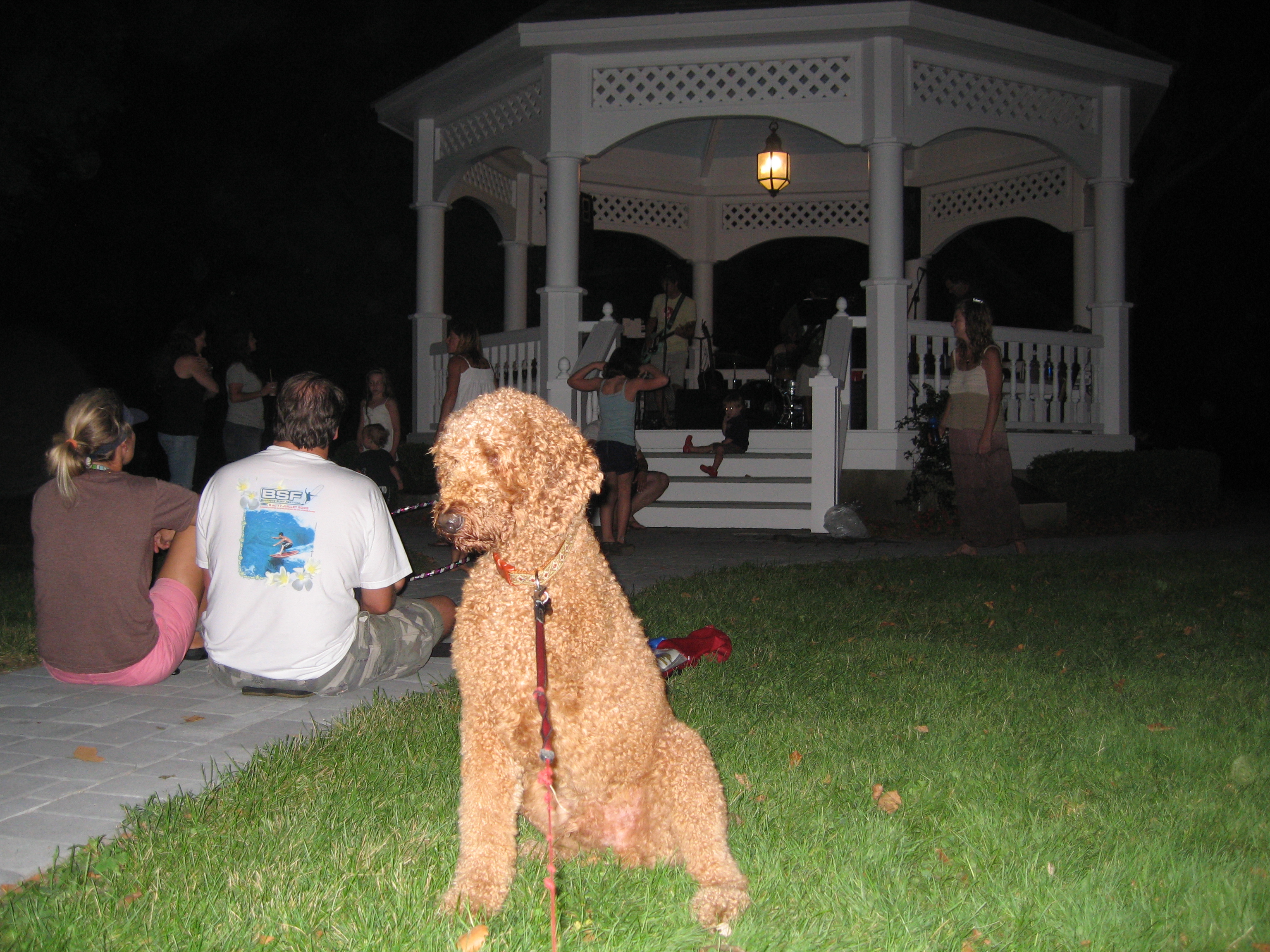 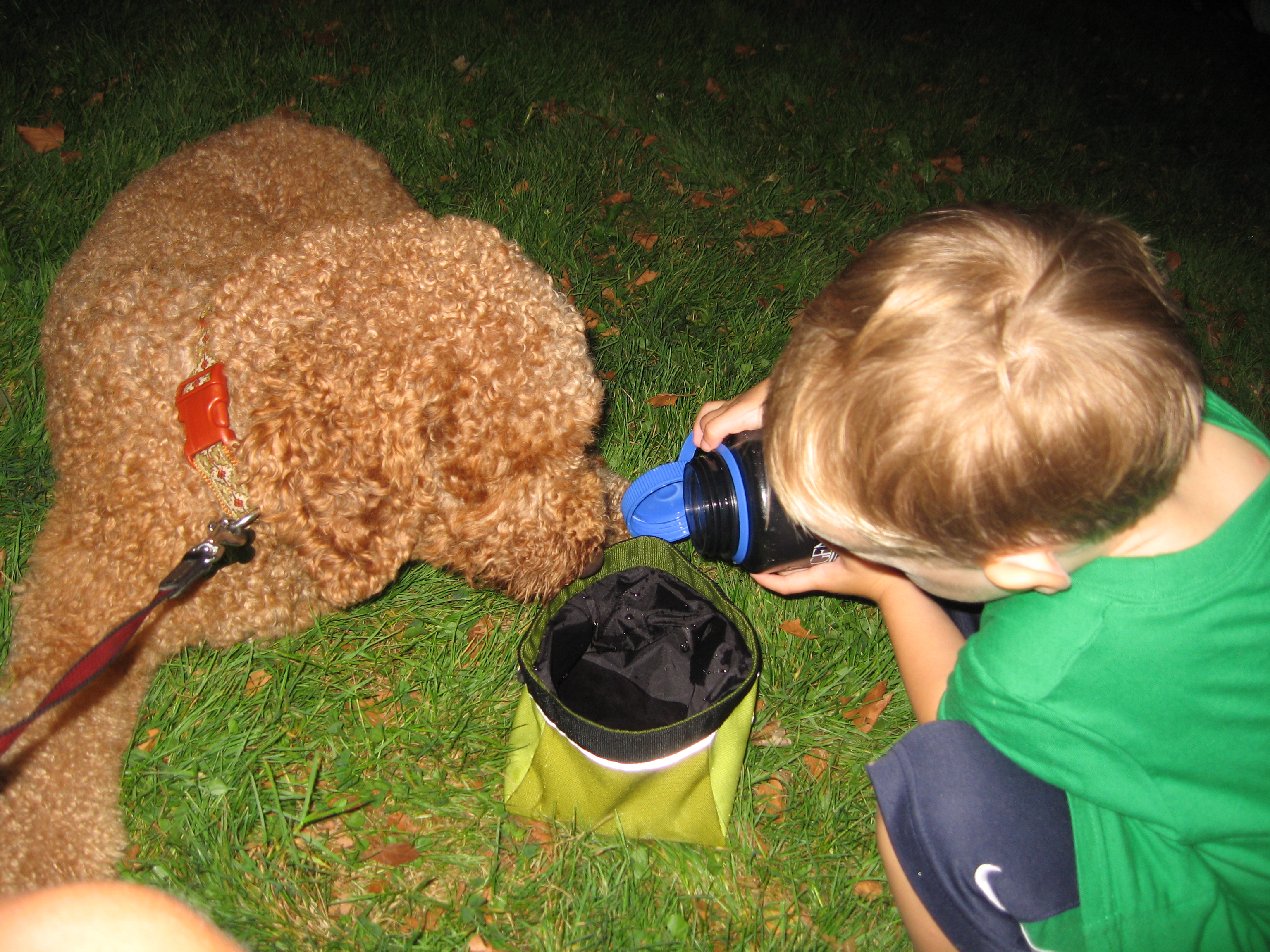 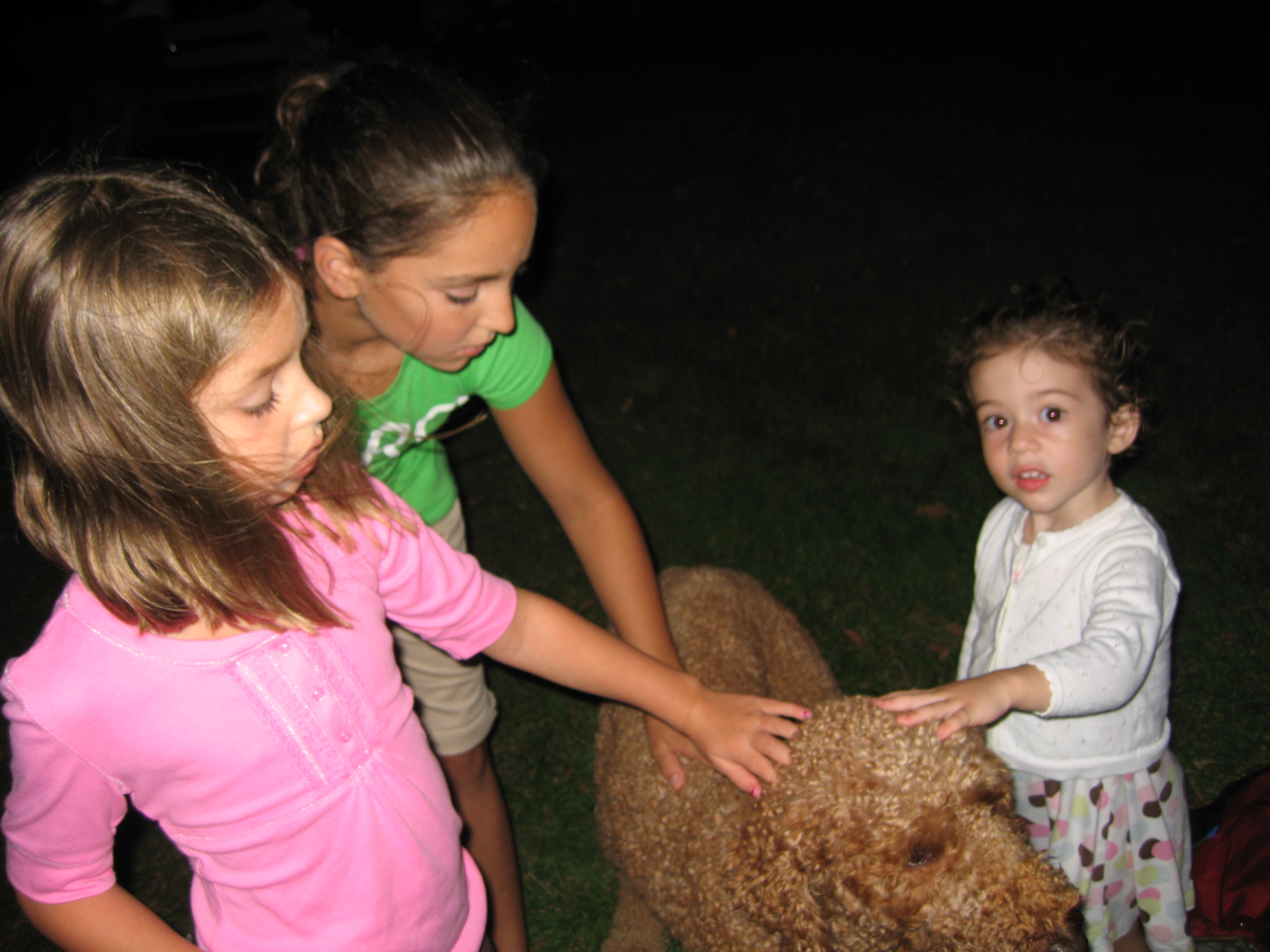 Finn had a great weekend. We spent all day yesterday at my friends' house with their 9-month old viszla, Wrigley. They have a HUGE fenced-in backyard and a in-ground pool and Finnegan had a great time exploring the yard, swimming in the pool and playing with Wrigley. The two dogs got along great except when Wrigley would bark and bark in Finn's face to try and get Finn to chase him. I heard Finnegan growl for the first time - he really didn't like the barking. Not that I can blame him, I found… Continue

Member Since 2009 Pics of Finnegan 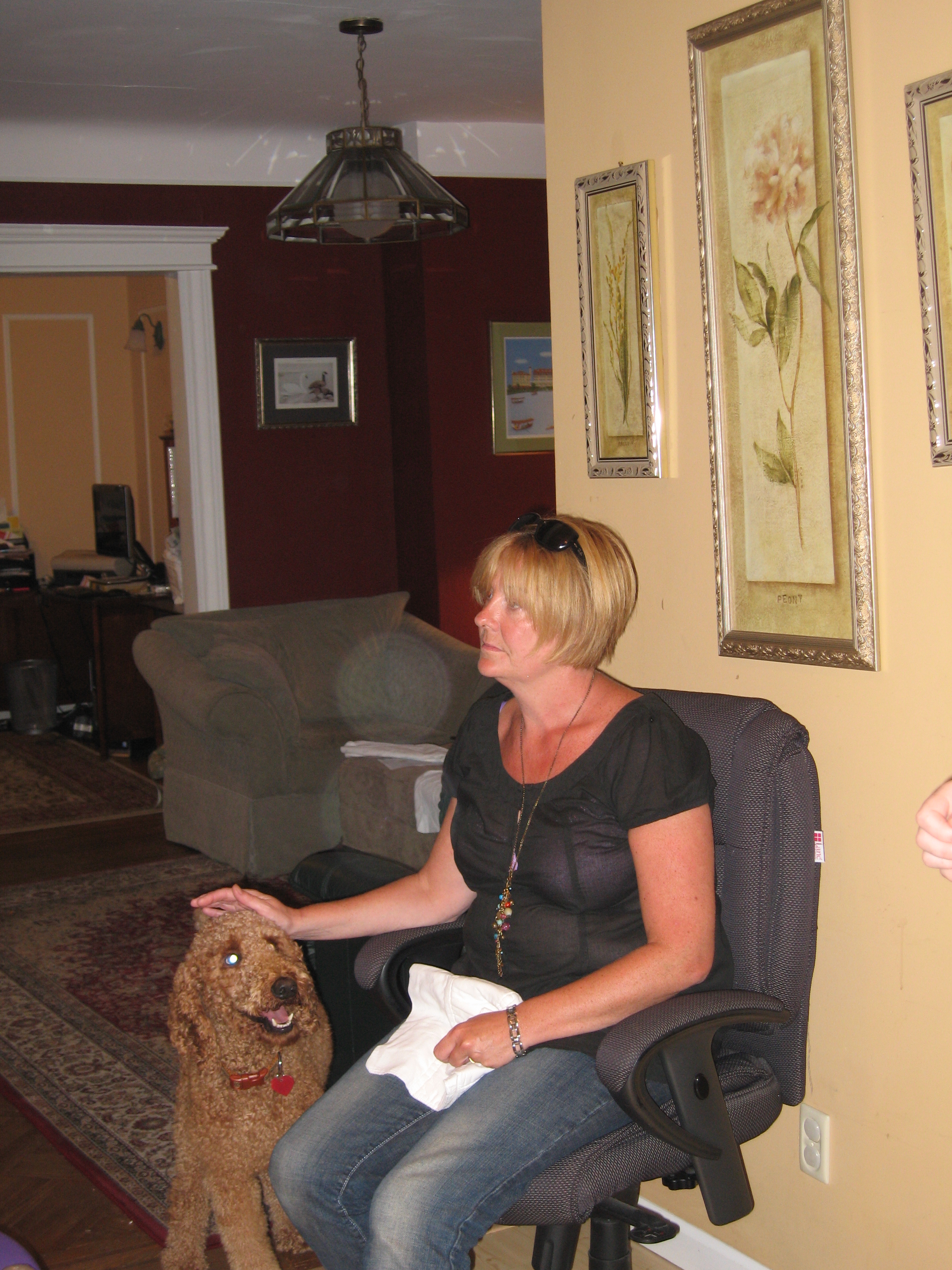 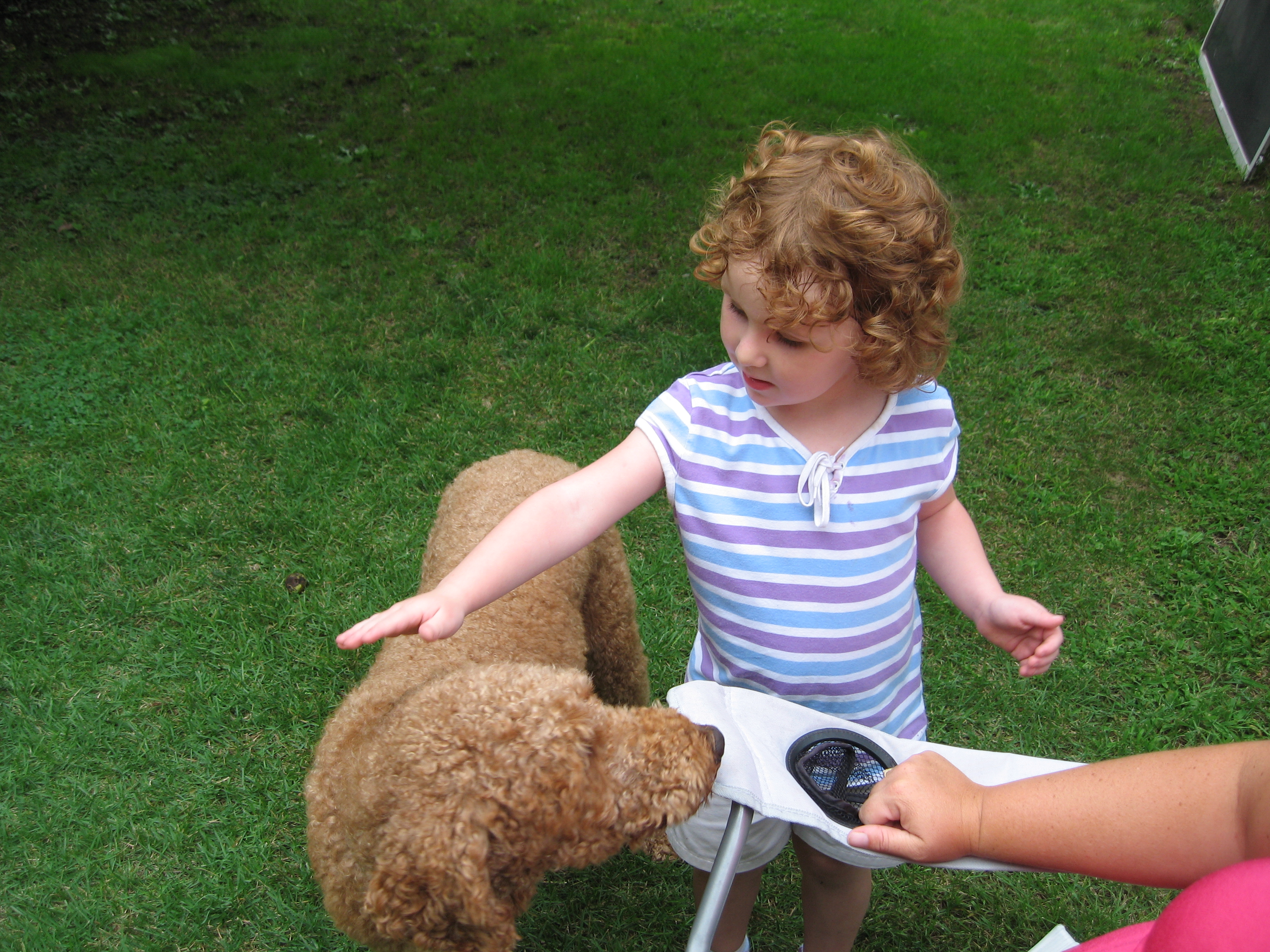 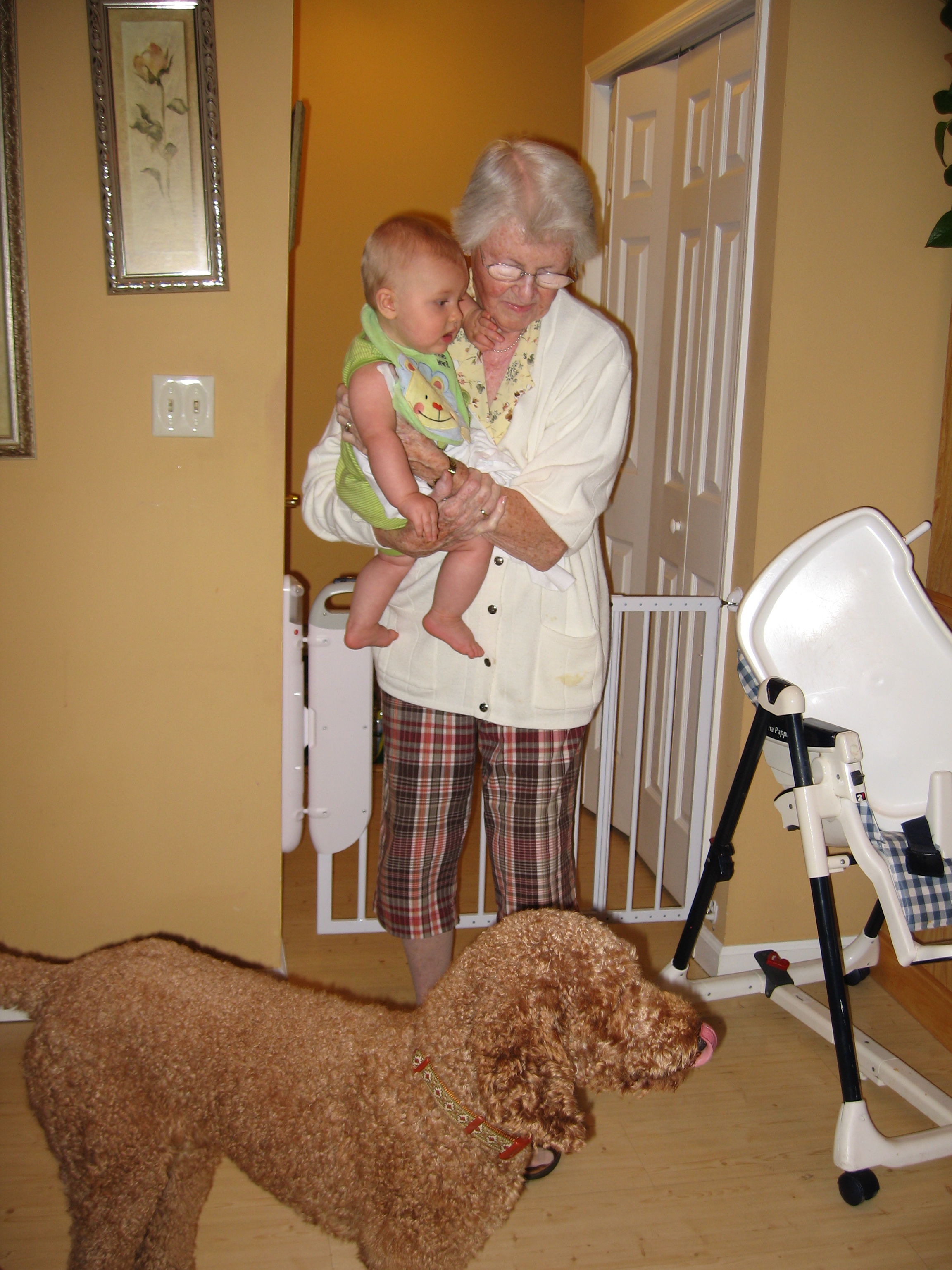 Finny had a great weekend. He is such a wonderful dog!!! He is PERFECT in every way. Saturday was a mellow day - he really likes to sleep. He had an early morning walk down to the local coffee shop and he loved that. He slept most of the day with occasional visits to the backyard. I think maybe our big Friday night concert & company for dinner might have worn him out so I let him chilll all day.

Member Since 2009 A little piece of my heart is missing!

And it was stolen by Trumbull! He went to his new forever home in Columbus today to live with his new Mom and Dad and his new sister Winnie, a Gordon Setter mix.


Farewell Trumbull. Guard that piece of my heart that you stole! May you have the best life ever! You deserve it my little man. You will live here in my heart forever!!

Finny had a great day. My cousin was visiting and they hung out and Finny was very friendly to him. I had people over for dinner and Finnegan loved every minute of it. At one point, I looked in my front living room and there were three people sitting on the couch around Finn and petting him while he sat in the middle of the couch. He was very cute just sitting there having everyone pet him.

We walked down to Riverside Garden Park for an outdoor concert at 7:30p. Finny really likes… Continue