Marco is such a different dog than the one we adopted eight short months ago. He finally has become so calm and happy in his home "safe zone" that I'm finally comfortable to begin exposing him to real life, meaning other people, whom he has always been so petrified of. Today I took him with me to have the oil changed in my car. Oh my gosh, it was such fun!!!!!! As the oil was being changed I sat outside on a bench enjoying Marco's company and a delicious cup of coffee. He was actually quite calm and sat regally beside me. I had nine different people stop to visit and each one asked me what kind of dog he was. He really seemed to be enjoying the conversations and seemed to know that he was most definitely the center of attention. He is such a conversation starter because he's just so dang cute!

Eight of the people who stopped to visit were men (keep in mind I'm at an oil change place, hah! ) and held their hands to his nose and he let them pet him. I am so happy at the trust he is finally feeling in the love of good people after having been so horribly abused! 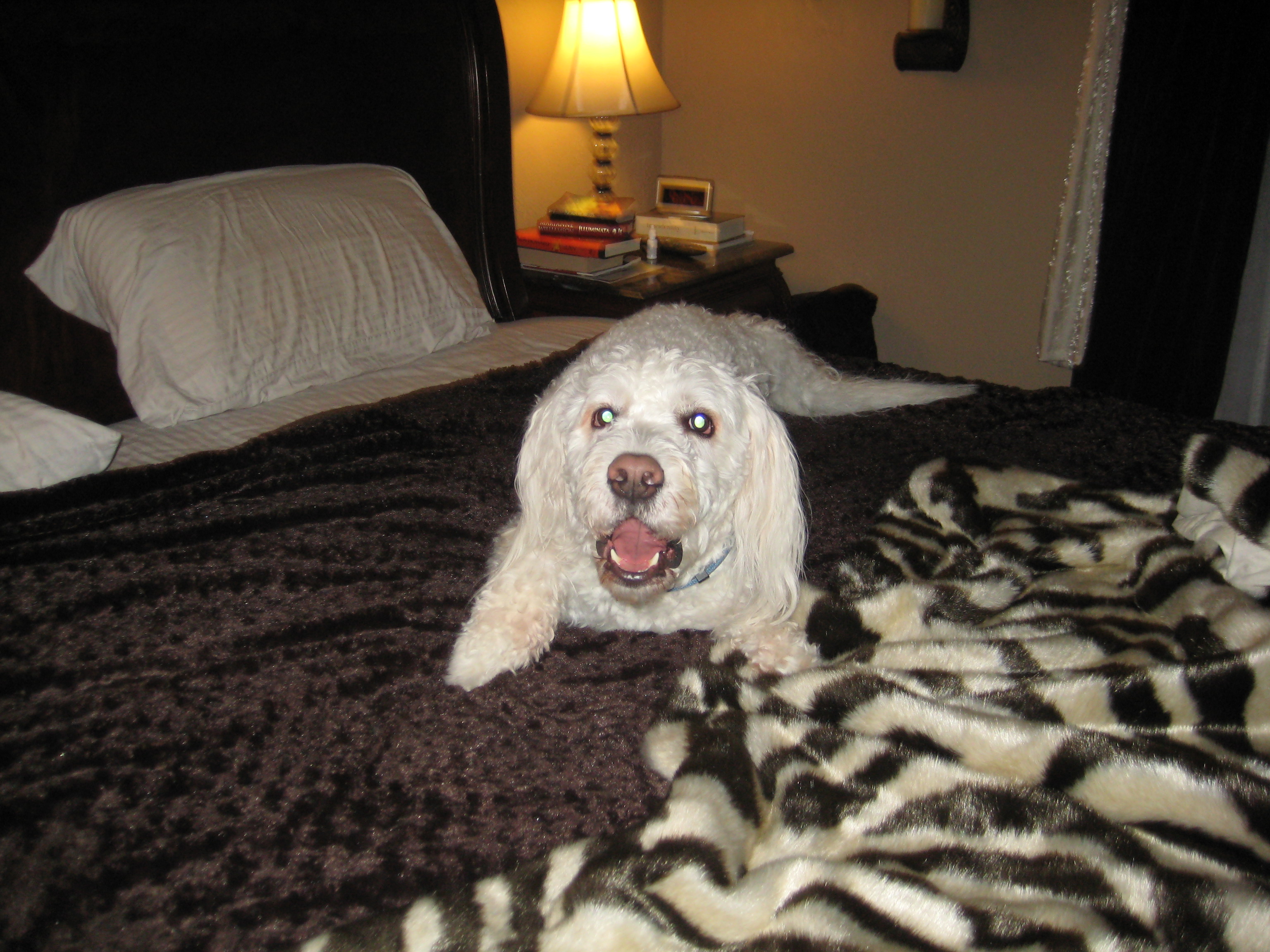 After the oil change we went to PetSmart. I've never taken him with me before but he enjoyed himself so much during the oil change I decided to. I was pleasantly surprised how well he did. He walked beside me calm and collected. No tucked tail, no cowering. In fact, he was a very happy boy on an adventure.

Of course being at PetSmart and in a pet lover's environment, I don't have the time to capture all of the wonderful conversations I had with people in the store. And of course it goes without being said that I had someone ask me if I had ever seen "The Never Ending Story" because Marco so looks like Falcor in the movie. I told him that I had heard that question too many times to describe and he just grinned and said, "yep, I bet you have"! 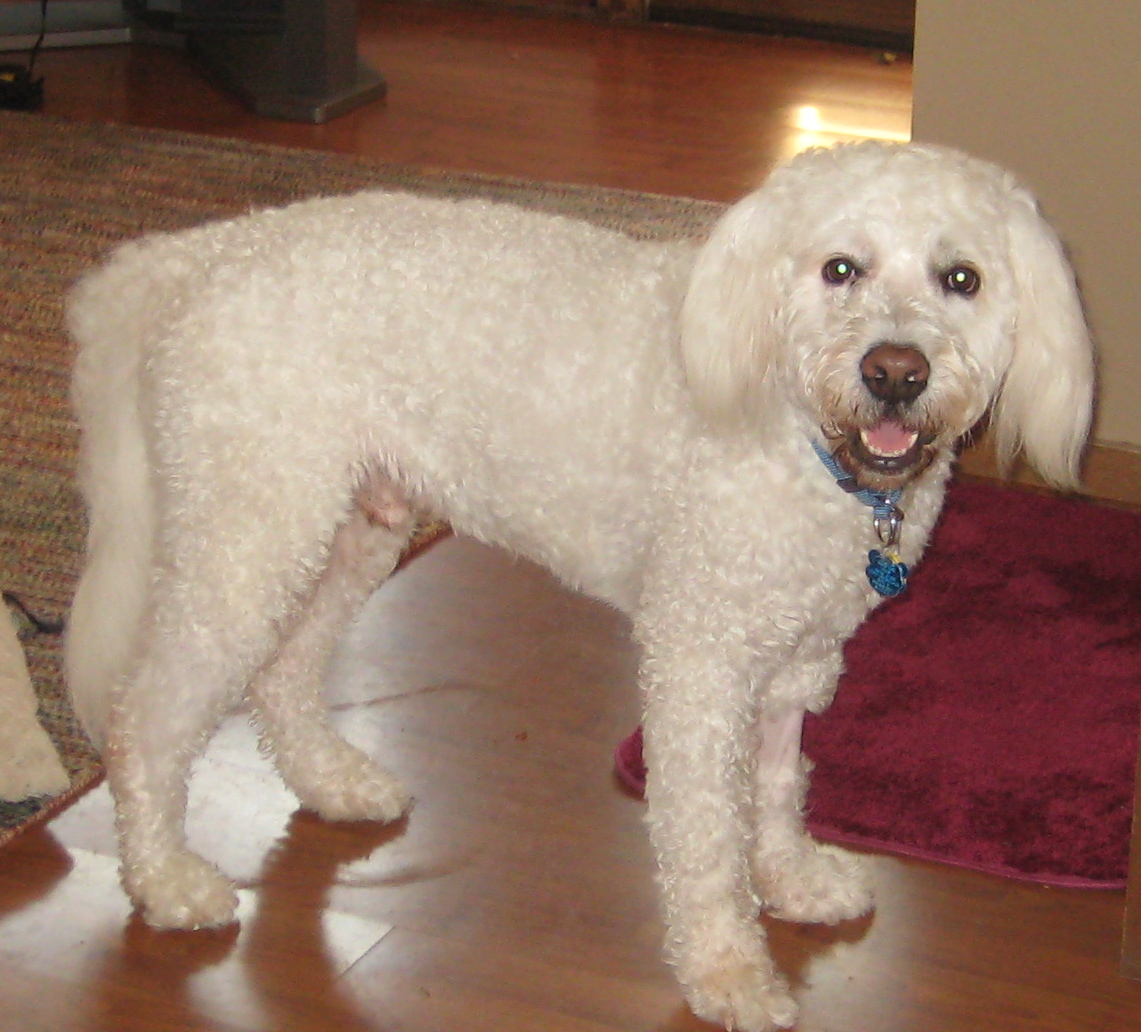 Member Since 2009 Comment by Jenny Jackson on January 24, 2010 at 9:30pm
Hey!! Marco is turning into a lovely doodle. Tessa was quite timid as a puppy but I just brought her everywhere and now, she loves being my outdoor buddy. Keep up the great work!! Way to go Marco!! Love and hugs, xoxo

Member Since 2009 Comment by Jodie Hart on January 24, 2010 at 8:37pm
Jennifer, I am so excited you are adopting Barcley. I have been following that sweet boy's progress and he has been in my prayers daily. Please start his own blog when you get him. I've had such fun with Marco's and have met some wonderful people.

Member Since 2009 Comment by Jeannine, Gamine & Thalie on January 24, 2010 at 7:46pm
It is amazing to me how happy he looks and he is even smiling for the camera. You have come a long way dear boy!
You're a great mom Jodie!