We continued our journey with Marco to North Carolina where we rented a quaint little log cabin in the mountains and did some site seeing. He went everywhere we did and was a real trooper. Finally, after a few days of vacation we headed out for the long drive home to Texas. He was an excellent travel companion and very well mannered. Finally, seven states lines later we were home.

When we got to our house we brought him in on his leash and let him get acquainted with our two cats, Max and Lilly. We had been told he was cat friendly but wanted to be sure ourselves since the kitties don't have claws. Both cats were really, really mad about having a "newcomer", but that only lasted about a day or two and then they became more curious than anything. Marco just ignored them like they didn't even exist. That lasted another few days and then he befriended Lilly who happens to be about the size of his head.

After a day or two at home I trimmed the long, long hair off of Marco's head and discovered the most gorgeous huge black eyes that look at me with such trust. He will look me and Rob both in the eyes but won't make eye contact with any visitors we have. He still runs and hides if someone strange is in the house. I told Rob the other day that it's going to be a happy, happy day when he feels comfortable enough and at home enough that he's not scared of people. My 91 year old father-in-law lives with us and wants Marco to let him pet him so badly but Marco won't go to him. I am convinced that the seven day road trip (most of which was spent in the car) we had with him allowed him to become comfortable with us and bond faster which is a blessing. 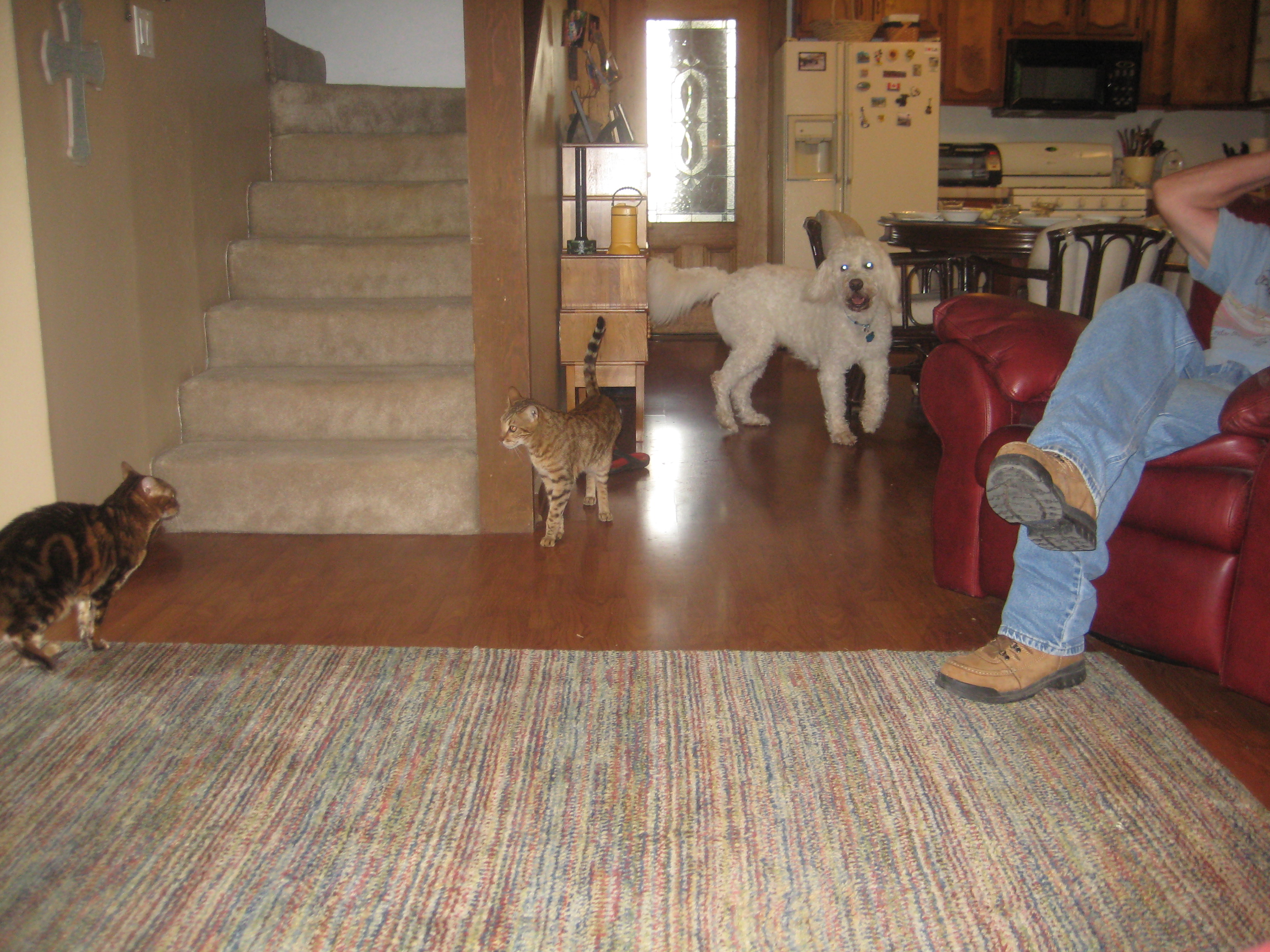 One morning as I was getting ready for work I kept on hearing a strange "slurping" sound. I walked around the edge of the bed and Lilly was stretched out full length and Marco was bathing her from head to tail over and over and over. I tried to get a picture but he was too camera shy. It was the sweetest thing and made me so happy that he was settling in so well.

He's gotten to where he loves to play with the cats. I really don't think he realizes how big he is. We've been concerned that he'll hurt one of them unintentionally just by stomping them so we're not encouraging the playtime. He's still not totally responsive when we tell him to stop but is improving. His favorite thing to do so far is jump up on our bed when Lillie's sleeping and nose or lick her. 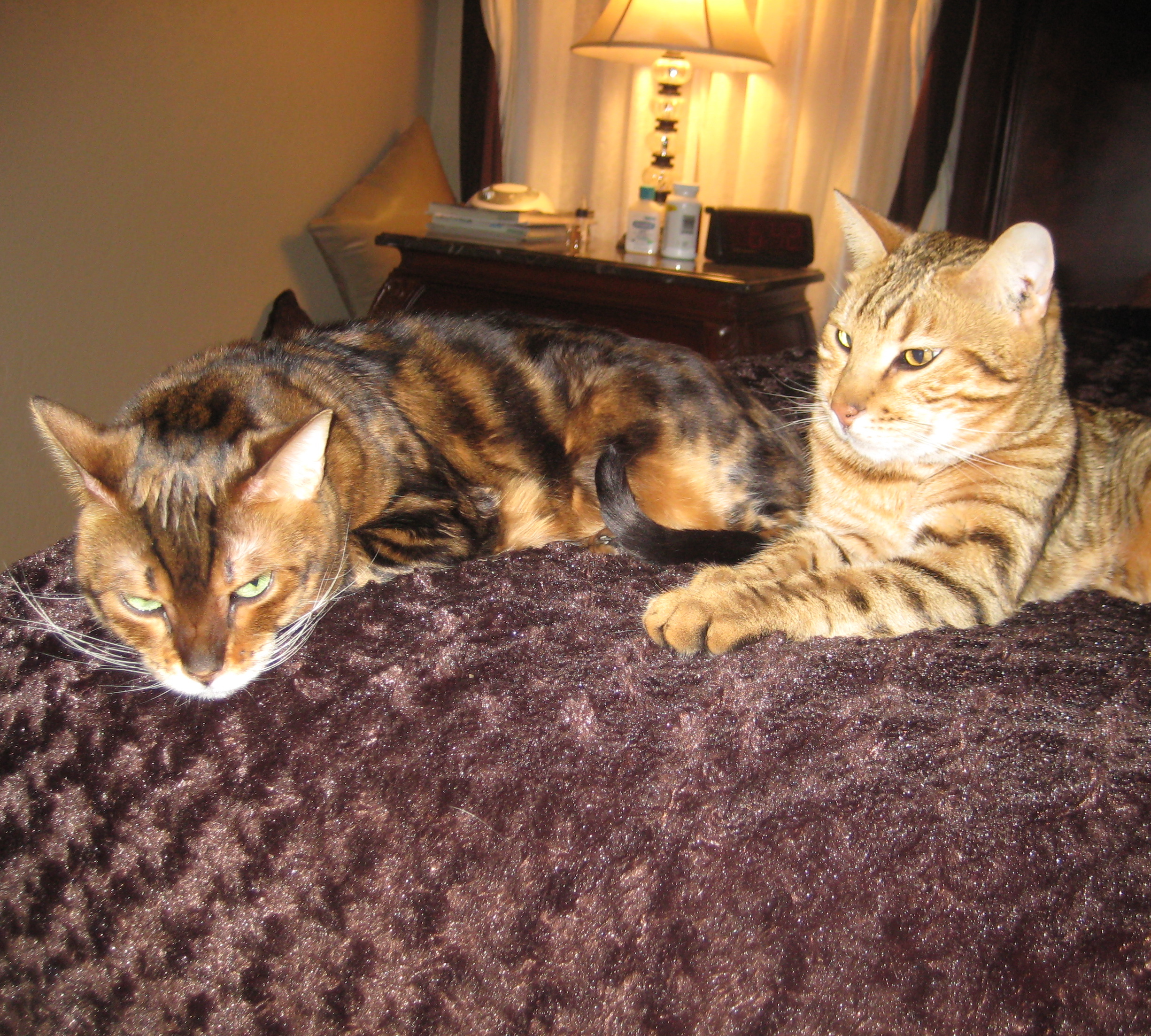 Admin Comment by LM Fowler - Admin on May 31, 2009 at 8:14am
Find a treat the Marco absolutely loves and let your FIL give them to him. That will let Marc see that he is OK and gives good things. He will associate dad with treat instead of stranger.