Hooray!!!! This week it's been 4 months since we adopted Marco. He's such a huge part of our life that it seems like he's been with us much, much longer. He has changed and grown in so many ways that he doesn't even look or act like the same dog. What's really phenomenal is the fact that he's no longer so starved looking. Even when he's wet he looks healthy, no more protruding ribs or back bone....check out the pic I posted and you'll see a nicely rounded tummy on him. 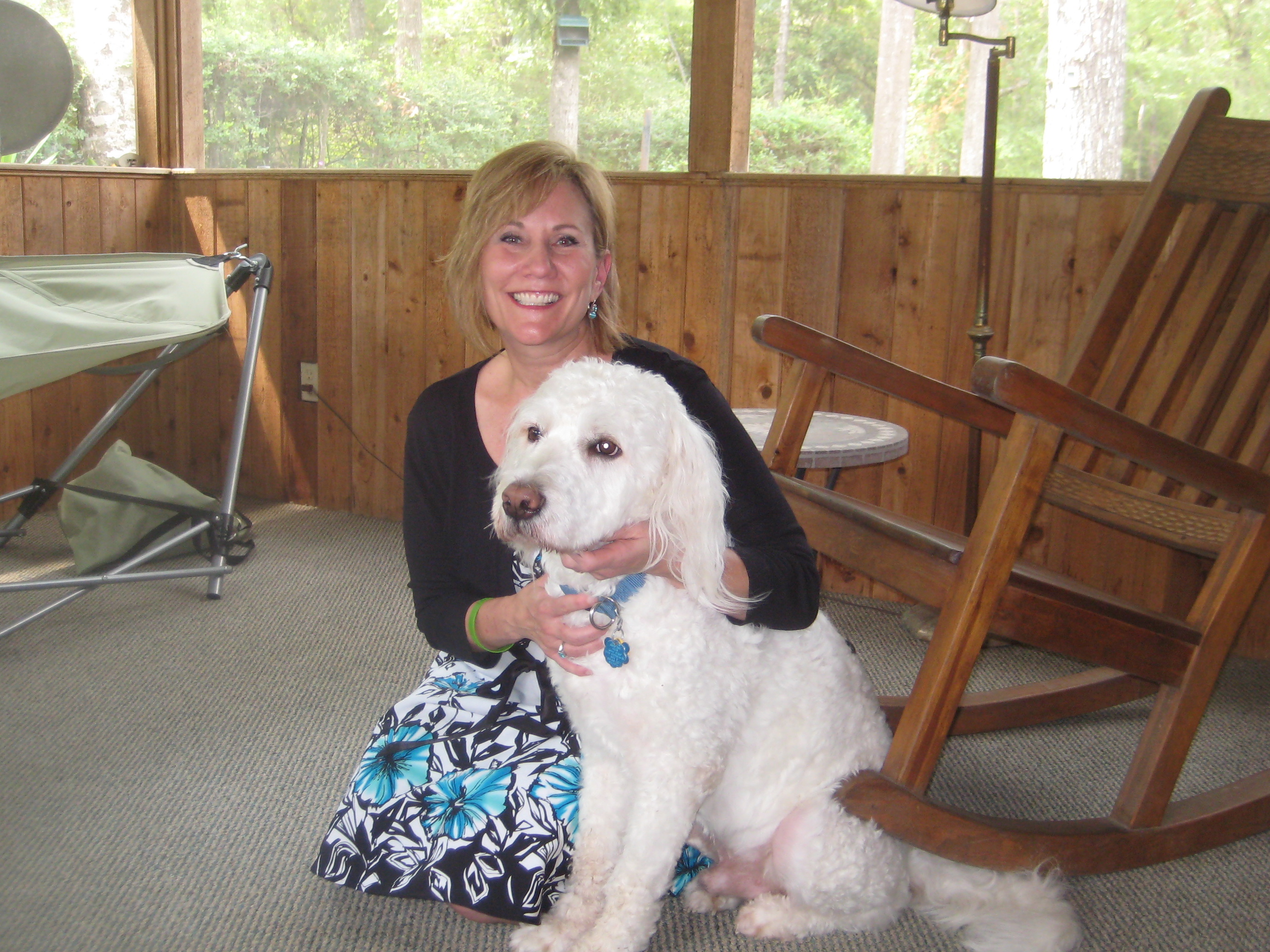 Four weeks ago Marco and I started Dog Obedience class which has really been a blast!!! Week one just the parents went and I learned all of the bad habits I had...hmmmm, that was a real eye opener. The last few weeks have been so much fun and of course Marco is the "rock star" of the class.... during Week 3 we learned how to sit, lay, and stay with added distractions (mainly other people and dogs)...... it was fascinating to watch the trainer completely "turn around" an unruly boxer and a german shepard pup. Then it was Marco's turn. As she took him to the center of the room she explained that in every class she teaches there's always a "momma's baby" and of course Marco is the one in our class. She went on to explain that "I" was his biggest distraction because he becomes absolutely petrified is he's not right next to me......it so warms my heart that he finally feels so loved. I think the class is really helping him be more socialized around other people. He's always been fine with other dogs but other people scare him.....we'll get there!!!

Member Since 2009 Comment by Jodie Hart on September 7, 2009 at 12:37am
You're so right Lynne....The rescue lady who saved my Marco the night before he was to be euthanized told me that it took both her and her husband 3 1/2 hours working on each side of him to cut off the 6 inches of urine and feces matted hair so they could bathe and then shave him......
I still haven't figured out why he is so petrified of the camera but I wish you could see him when he's in his own safe, feel good zone.....he's an absolutely joyful, happy, boy.....I just have to be patient....I know someday I'll catch it on film.....

Admin Comment by LM Fowler - Admin on September 6, 2009 at 10:25am
It seems like you have had him longer to me too. He does look like a completely different doodle from the one we saw four months ago. It is really wonderful to see how much he has filled out and he even looks much more happier now. Every new experience and every new success will make him more and more sure that his new life is his forever life. Sometimes when we see the shelter pics, the dogs look matted, scared and dirty. It might be hard to see that diamond in the rough. Marco was one of those dogs. Just look at him now!