Well the first snow for Max and I - what a treat that has been. Ventured out Saturday night after 11 pm to shovel some snow. Since it was quiet and late I figured Max would get a bit of romp time - Given I hadn't seen him in deep snow before I didn't know what to expect. Well there was nothing to worry about as Max was enthralled to be out in the low digit temperatures and blowing white snow. Max just made me laugh so hard that shoveling was next to impossible. Given the depth of the snow we didn't want to risk loosing the precious orange ball till spring - but snowballs filled the void. He never found one - but he dug for hours in the deep fluffy stuff looking for the elusive snow ball.

Shift to Sunday morning and now the real clean up activities could begin - Well Max wanted to "contribute" - tunnelling into all the snow piles until he found the grass. He did this to the front and rear lawns to the delight of my neighbors and passersby - There was no distracting him other then to throw another shovelful of snow at him and watch as it reinvigorated him to a more raucous level of digging.

I have thrown up some photos of he antics - and not to worry the snow clumps in his fur were carefully removed and brushed out as the baby (Max) laid on his towel to be pampered. (ugh) followed by a rigorous round with the blow drier and he was ready for his post activities nap. 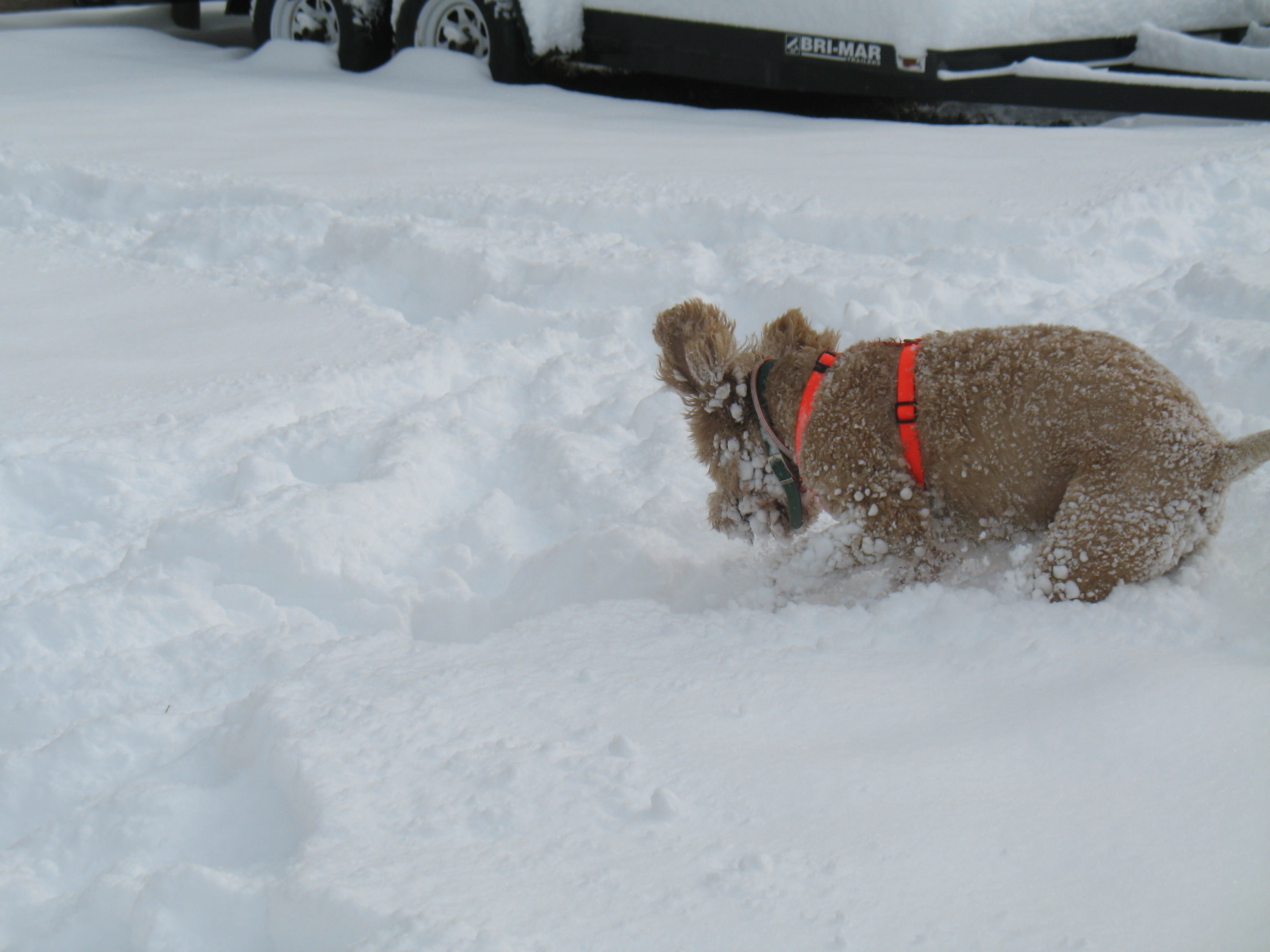 Member Since 2009 Comment by John Cullen on December 23, 2009 at 12:44pm
Jacquie - one of the pictures that MJ posted and the one that caught my attention was a "shaggy Max" with a snow beard - I actually have that pic as a screen saver. I don't think he has ever seen such a deep snow though. Still trying to get use to him using his nose to break thru the snow as he searches for "???" one of the puzzles of life I guess

Member Since 2009 Comment by Mari-Jonn Ruskowsky on December 21, 2009 at 2:21pm
John, what a treat to read this delightfully written and most written story. Agreed Max has a wonderful zeal for life and we are so glad you guys have each other, Love, MJ & Cokie
Happy New Year!