First off, Happy Christmas to all!!! 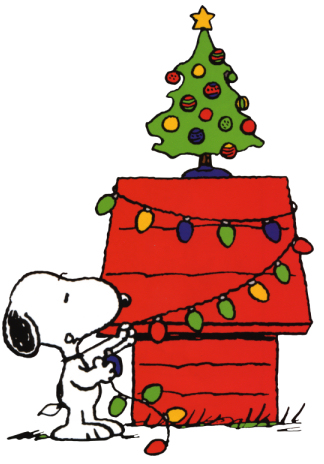 I cannot believe how quickly Christmas has come this year. Here in Toronto, we have a tiny dusting of snow on the ground. A little disappointing considering when I was little, I always remember a ton of snow this time of year. This year, the storm brewing in Texas is making its way to Canada, giving snow to our northernly neighbors and rain for us southerners. Global warming is having more… Continue

The snow is so high that Coda just hops like a bunny to get through it. Ginger (our foster) plows through. Their faces are just precious when they're done. 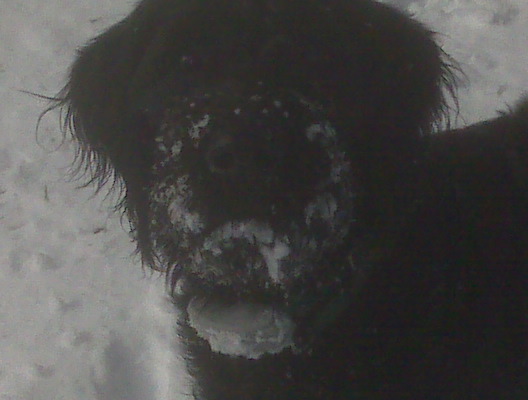 Well the first snow for Max and I - what a treat that has been. Ventured out Saturday night after 11 pm to shovel some snow. Since it was quiet and late I figured Max would get a bit of romp time - Given I hadn't seen him in deep snow before I didn't know what to expect. Well there was nothing to worry about as Max was enthralled to be out in the low digit temperatures and blowing white snow. Max just made me laugh so hard that shoveling was next to impossible. Given the depth of the snow we… Continue

Admin Finnegan in the Snow

Finny was my first foster and will always have a special place in my heart. Look at what Helen posted on Facebook: 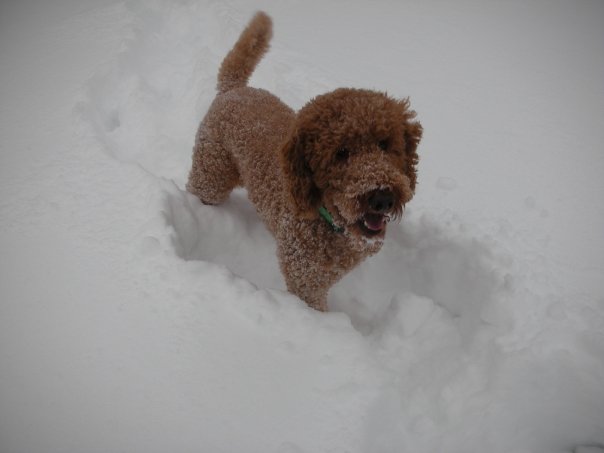 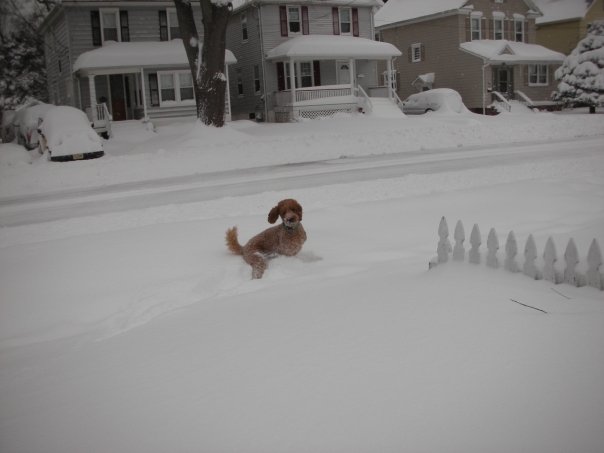 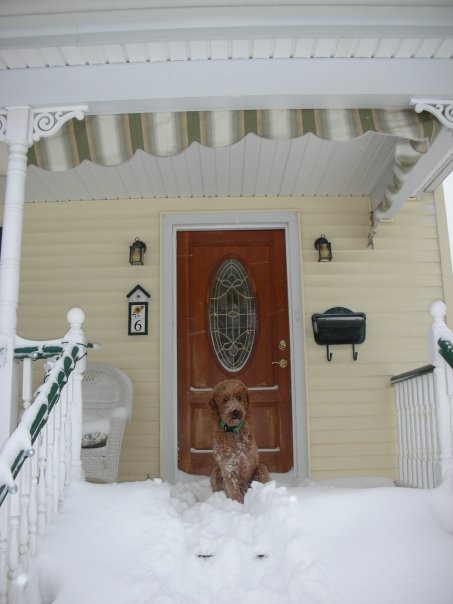 FINNY IS HOME FOR THE HOLIDAYS...AND… Continue

just applied to adopt a labradoodle. This is my first blog anywhere, so I hope I am doing this right. My greyhound is very lonely and is moping around the house. So I hope we are approved. How long does an app take?? Any Ideas?

Member Since 2009 HAPPY HOLIDAYS TO ALL MEMBERS!

We wish you all a great and save Holidays! 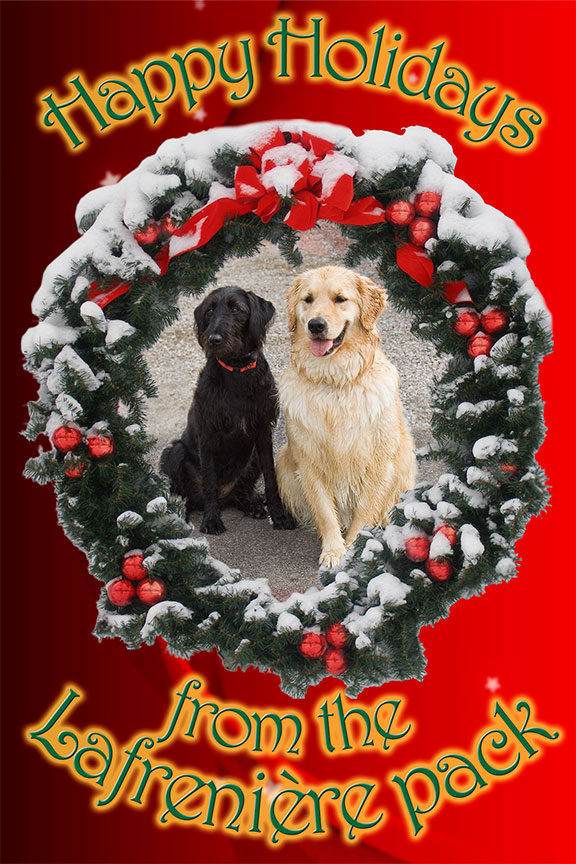 Member Since 2009 Happy Holidays Everybody!!! I hope everyone has thoroughly splendid holidays!! :)

And thank you DRRC for the lovely holiday card I got the mail, it was beautiful!!

It seems like just yesterday my Brody Bones was just a sad little puppy that was shaved due to a neglected coat, and now he's a furry horse! He's enormous, much bigger than I expected... like Chewbacca from Star Wars... only white.

Have a look for yourself.... 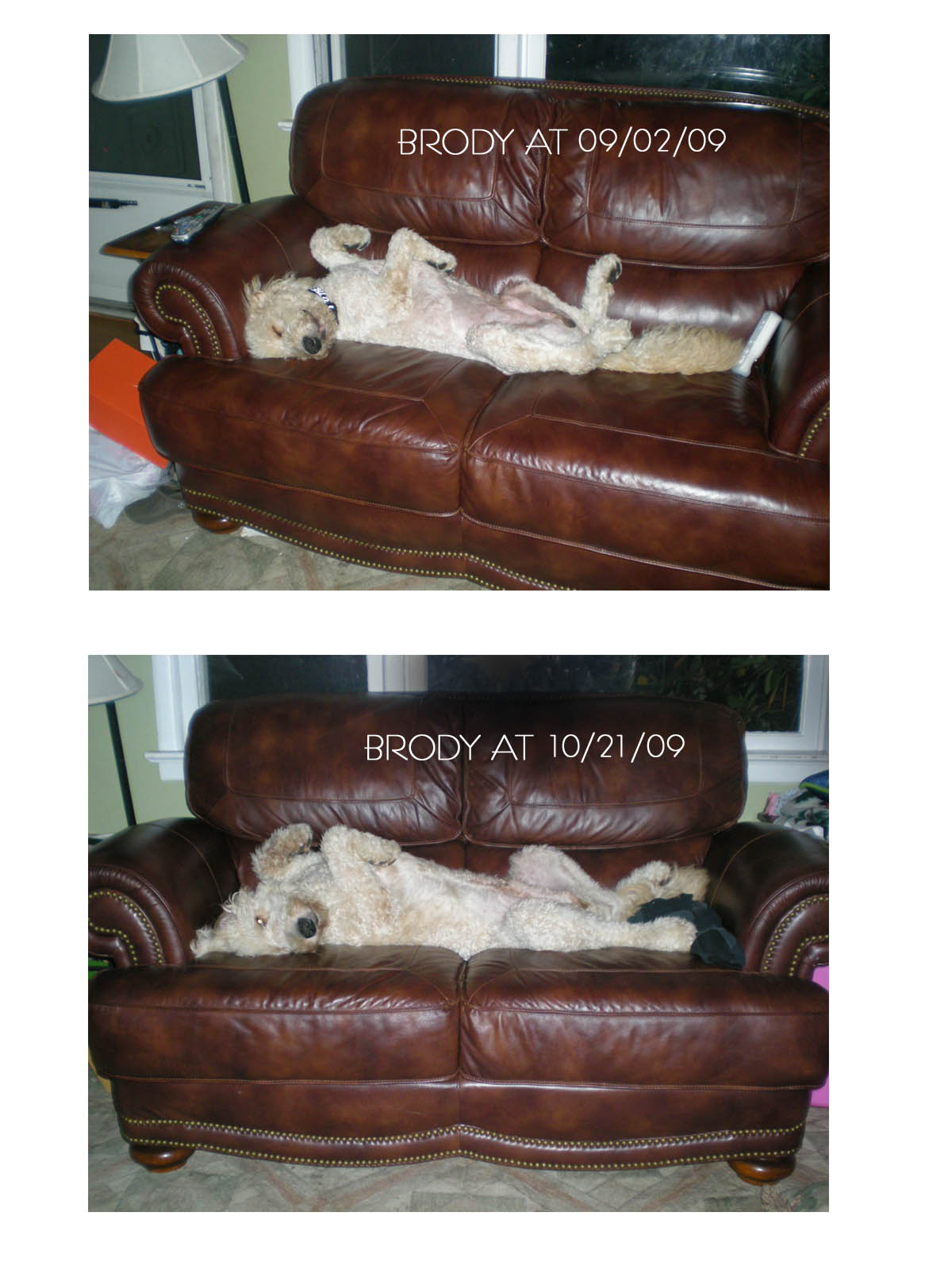 I am painting notecards for Crane & Company notecards. My model has cancelled today for a professional photoshoot in Omaha, Nebraska. Does anyone out there have a golden labradoodle puppy that could model tonight?

Member Since 2009 The grooming has begun!

Chris left for work around 8:30 tonight... and I thought, well, it's nice and quiet, the fire is going and the dogs are really chill. Perhaps this might be a good time to introduce some scissors to my girl. She was soooo good. I brushed out her face and her ears (again) and decided to use the thinning sheers so that I didn't make the edges too 'straight.' I think it turned out nicely! She's looking quite fluffy and cute. Her fur on top of her head was really thick, it's lighter now. Her ears… Continue

After much research, I have decided I am going to start grooming Tessa myself! OH god! I know.. am I crazy?? I think in the long run, I will save money and Tessa will be less stressed. I know all the blades and combs I need to use for the "standard" Doodle cut ... if there is such a thing, hehe. Our doods are in a class of their own, aren't they!

Tonight Chris and I went to PetSmart and bought a heavy duty Oster - Golden A5 clipper, some scissors and thinning shears. I also bought… Continue

I just recently cut the fur away from Tessa's eyes. I do tidy-ups on her when her curls start to get a little wild. Anyway she was look particularly cute tonight. I had to take a couple of photos to share with my Doodle friends :) 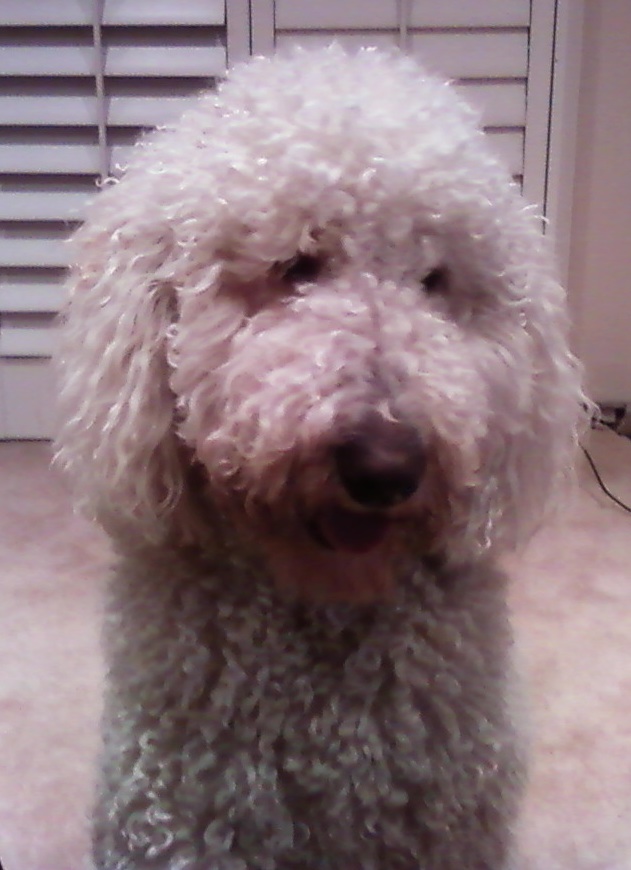 She loves sitting pretty for Mom!… 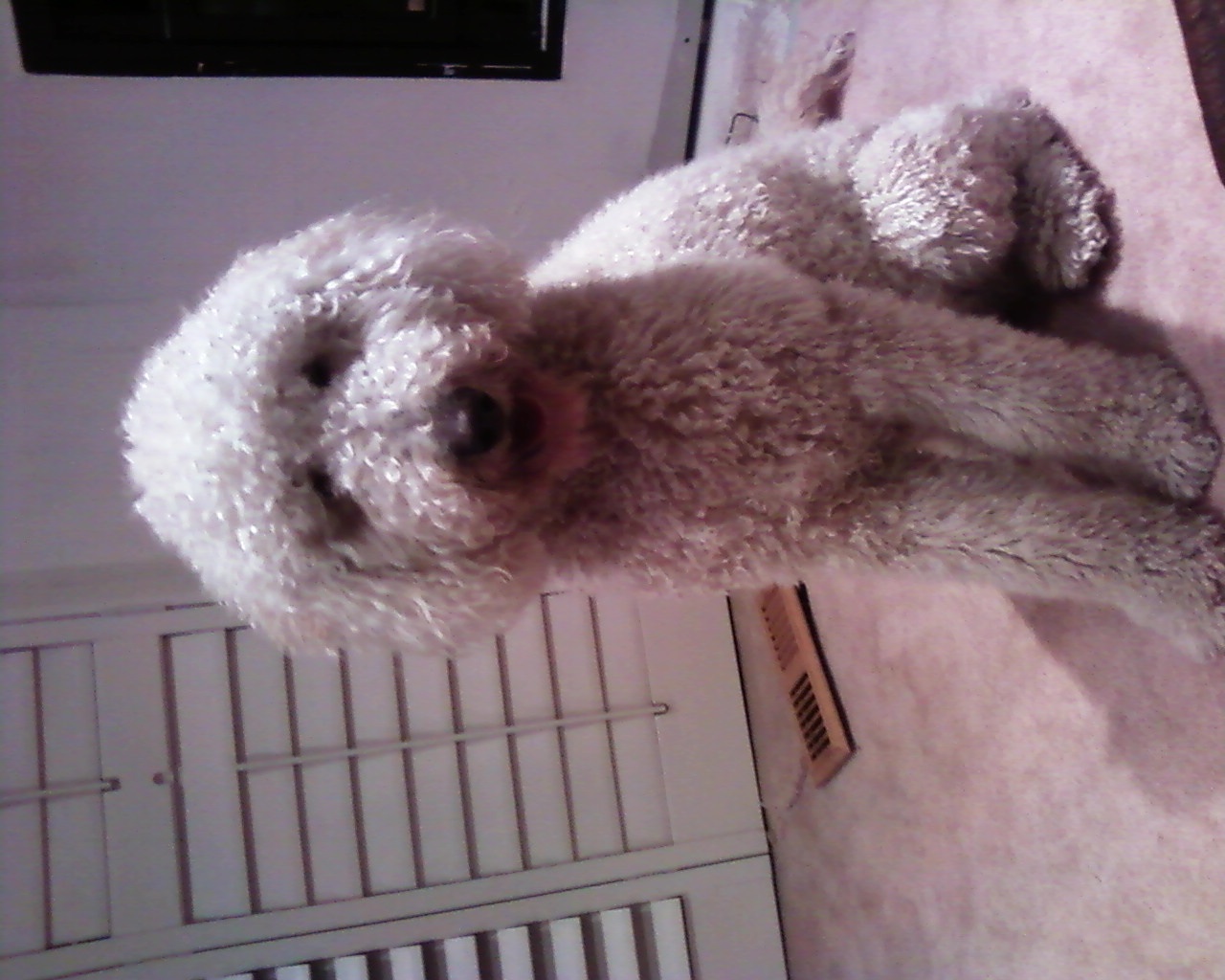 Chris took over dog sitting this past weekend while I was away visiting family in NJ. Apparently, they had a great time without me -- dog park visits, treats, wrestling matches... and, afternoon naps.