Well Thanksgiving 2009 has come and gone - Lots to be thankful for and yet still things to keep working on. As one of the Millions of drivers on the road for thanksgiving I can say I am very happy there wasn't much traffic. Luckily it appears that being on the road early paid off. I hope everyone had a great Thanksgiving.

This week was a big test for Max - as he was going to be exposed to a whole new group of people to befriend. First challenge - winning over the party hosts - This… Continue

Member Since 2009 Traveling- I can transport

just thought I would put this out there just in case. I am in Northern NJ and traveling back to Manassas, VA tomorrow afternoon. If anyone needs to have a dog transported, I have the room in my car. Emailing me is the best way to contact me.

Well Max has settled in - now the job is to keep him moving :-) like that takes a lot of effort. Anyway Max is like a new set of pockets on my shorts - his head is always on my leg :-) We spend the evening hours after his feeding working on commands and behavior outside. Morning time has been set to getting business done first - then everyone dressed and some play time before departure for work. We spend a lot of time over at the dog park and walking in the woods - never tires but I sure have… Continue Member Since 2009 Thank you so much for the offer. I will be in Pitts with my mom for Thanksgiving. My dogs will be in OH with my groomer at her home. She also does Doggie daycare. I wish we could come. Moms house is …

Thank you so much for the offer. I will be in Pitts with my mom for Thanksgiving. My dogs will be in OH with my groomer at her home. She also does Doggie daycare. I wish we could come. Moms house is WAY too small for 3 dogs. I would love to come next time. It's only a 3 hr drive for us. Keep me in mind. I hope you all have a wonderful time. Continue

Is there anyone in the Washington, DC area that would keep my son's Goldendoodle (Ginger) for approx. 4-5 weeks. He has been unemployed for nearly a year and must have hip replacement. He is coming to Seattle, WA to have this surgery (to stay with his parents to recoup) and has no one to keep her nor can he afford to board her for that period of time. He does not want to give her up as she is his constant companion, he just needs help during this time. I so hope someone out there can help him.… Continue

Member Since 2009 Looking for a young adult Doodle

We are an Empty Nest couple. We own our own home. The yard of our house is totally fenced in. We are a loving couple with 10 grand children. We want a loving dog which is good with little children. Our dog will get a lot of love and attention. We are not equipped to raise a puppy therefore we want to adopt a young adult dog. We are willing to pay what ever expenses necessary. 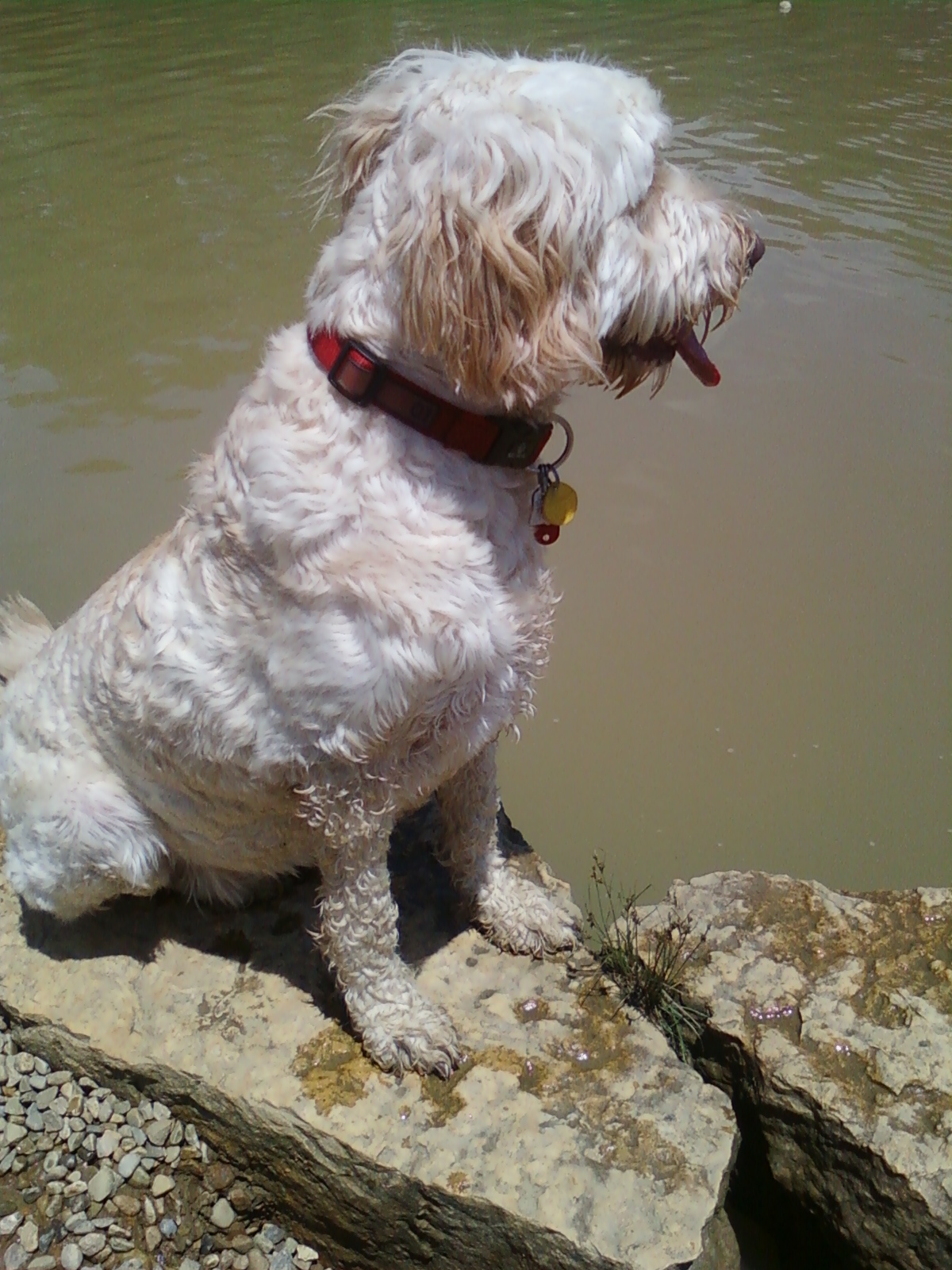 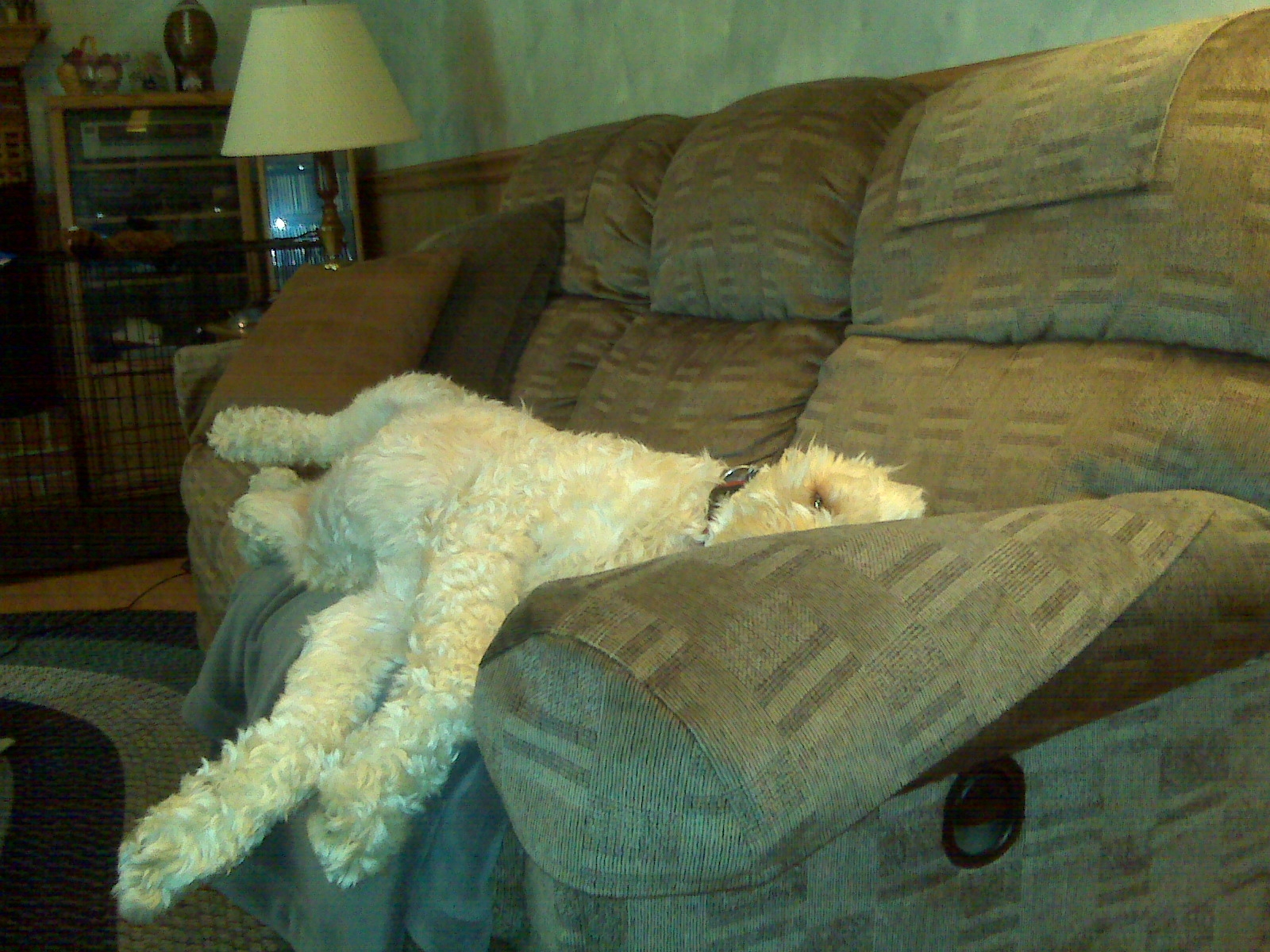 Cali has now been with us a year!! And what a fun and great year it has been! Cali has come so far and is pretty well adjusted. She is also very healthy now and acts like the onery doodle she was meant to be!