A LOT OF CHARACTER IN A LITTLE PACKAGE!
Samson flew on a plane from Florida to New Jersey, was adopted out and then returned because we were told he refused to get into his crate, was biting and was out of control.
When I got the call to foster him, I heard the reports and was somewhat afraid because of my own dogs and my DH was going into the hospital for Open Heart Surgery. I was leery, to say the least.
When Samson got here, he was subdued and skittish. He anxiously met my pack and immediately submissive peed on my floor. We took him right outside to show him where that business was to go and the five dogs proceeded to get acquainted.
That night, Sammy went right into his crate next to my bed, without complaint and slept through the night. We woke up to a foot of snow in the yard! 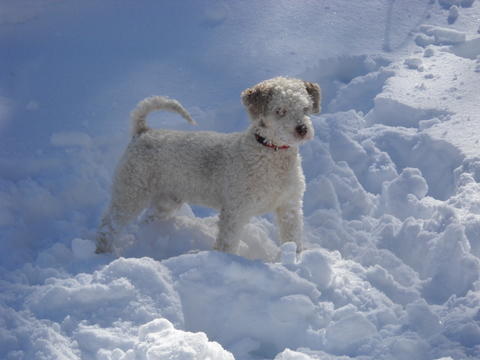 Over the next few days, Samson fell into the routine of my pack, I had absolutely NO issues with wildness, or biting or difficulties getting him into a crate. We worked on Housetraining and he wore a bellyband in the house and I took him outside every 15-20 minutes. He was quickly learning how to be a good boy, because we spent the snowdays with him.

As far as biting, Sammy WAS puppy mouthing, but not biting. I used the firm words, "NO BITE!" and after a few times, he was not biting at all. He is a puppy and people need to be aware of the difference in biting and mouthing. Mouthing is a natural, normal puppy activity that needs to be redirected to a chew toy or a bone. Samson was smart and learned quickly to go gently on skin.

Samson and Jazzy were instant friends, as they are similar in size. 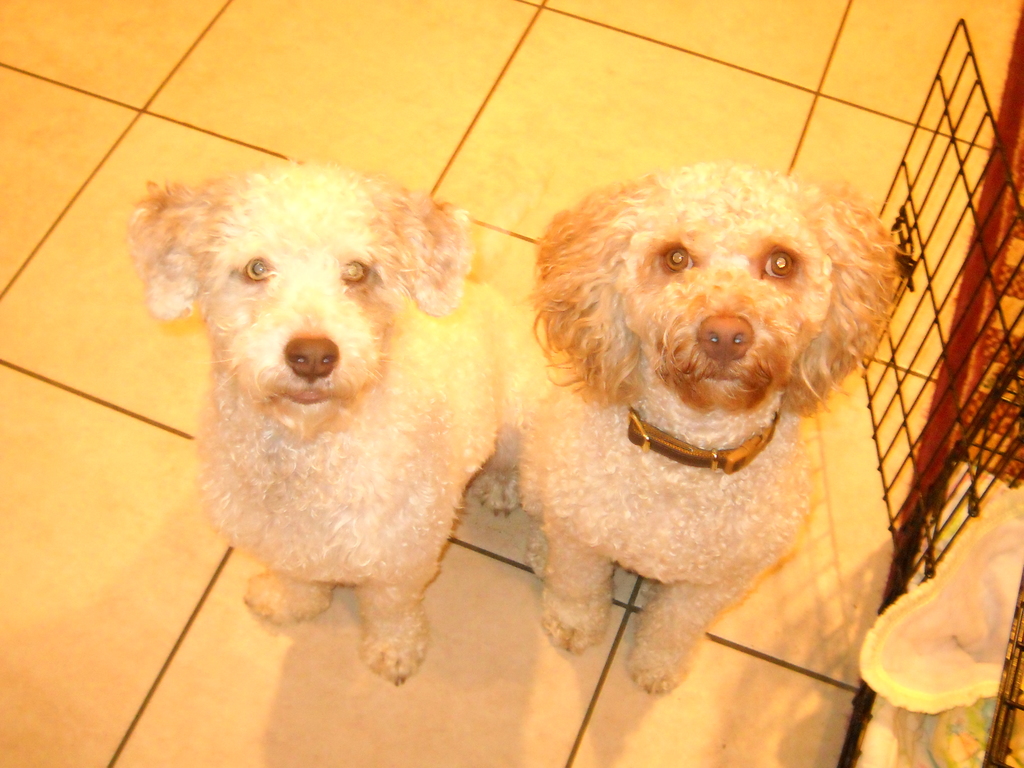 Samson was with me for about two weeks and in my opinion was a puppy, with puppy tendencies that needed training, direction and love. He was not trouble...he was a baby. 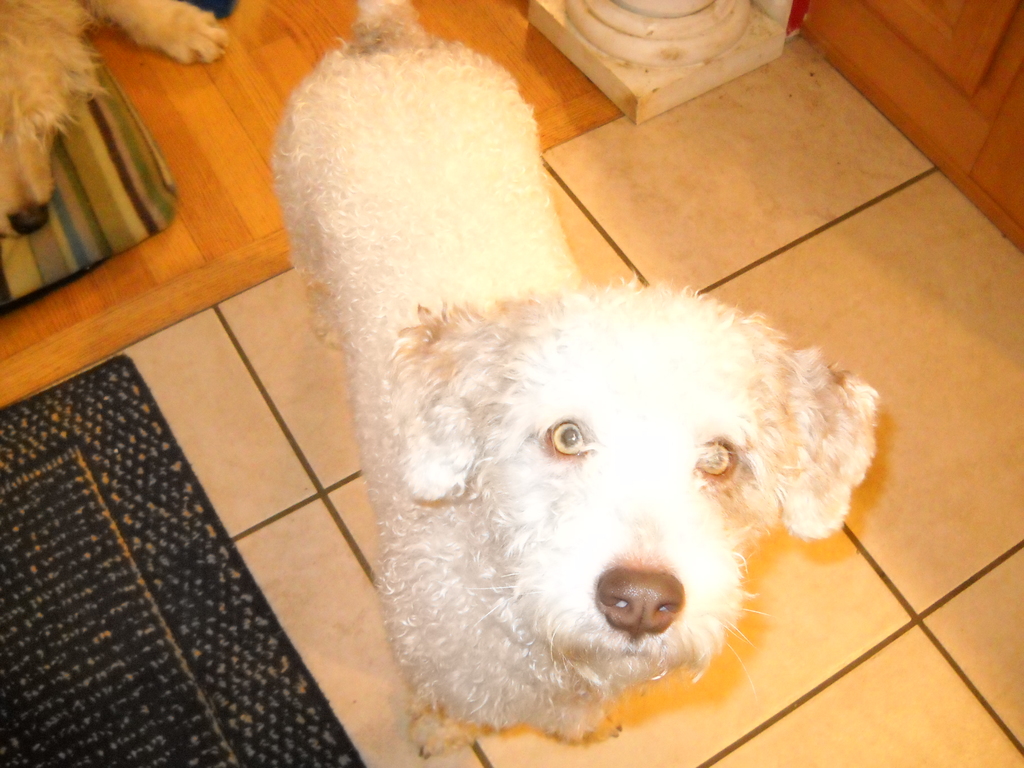 Samson's new family came to meet him on Valentines Day and fell in LOVE. Sammy wiggled and waggled and went off with them without as much as a glance backward to me. That's how I knew it was right... Sammy is HOME, now. He's happy to have other dogs to play with and a family that loves him. He is a charmer and a lover boy and (I might be prejudiced but) he has the happiest eyes, I have ever seen. 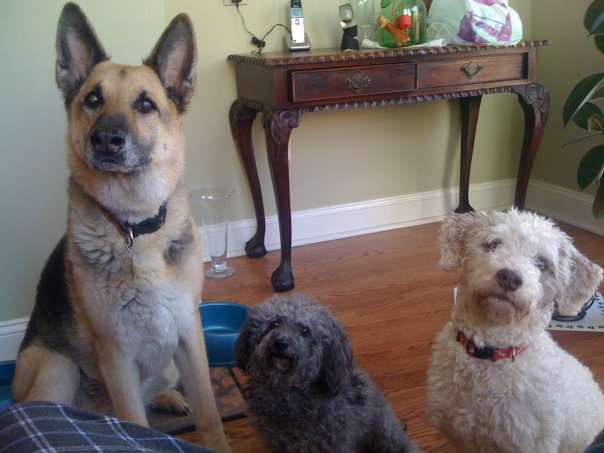 HAVE A WONDERFUL LIFE, SAMMY. I miss you! 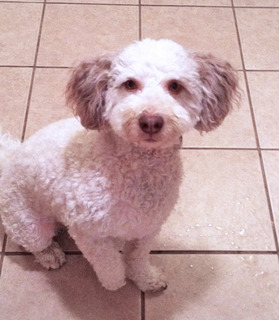 Member Since 2009Permalink Reply by Patty on February 25, 2010 at 10:19am
As the recipient of many puppy castoffs, I always wonder why people adopt puppies without understanding what it takes to raise a pup. What a cute dood. Thanks for finding him a great home!

AdminPermalink Reply by LM Fowler - Admin on February 25, 2010 at 1:35pm
Samson's new Mom just posted this on my Facebook page:

Kelli posted something on your Wall and wrote:

"Dear Lynne, we are so happy with Samson. He is such a lover. From the moment he gets up in the morning to the moment he goes to bed, his little tail is wagging. He is such a happy fella. We have had no problems with biting, only a couple of wewe accidents and he goes right into his crate when he is tired. We didn't even close the door on it last night and he stayed there. I think he thinks it is his "special place". And he is special. We are so lucky to have him. Thank you so much, Kelli & Doug"

Member Since 2009Permalink Reply by Jo Donnelly (Stella & Harley) on February 26, 2010 at 11:33am
Thanks for posting the photos of him in his new home. He's a sweetie and it's nice to see him with his new doggie pals.

AdminPermalink Reply by LM Fowler - Admin on February 26, 2010 at 11:55am
Hard to believe he is the same dog that lady told us about, that you brought to me and is now a happy, lovey boy in his FOREVER HOME!

AdminPermalink Reply by LM Fowler - Admin on September 11, 2010 at 6:10pm
It has been seven months since Samson went to his Forever Home. Look at happy he is now: 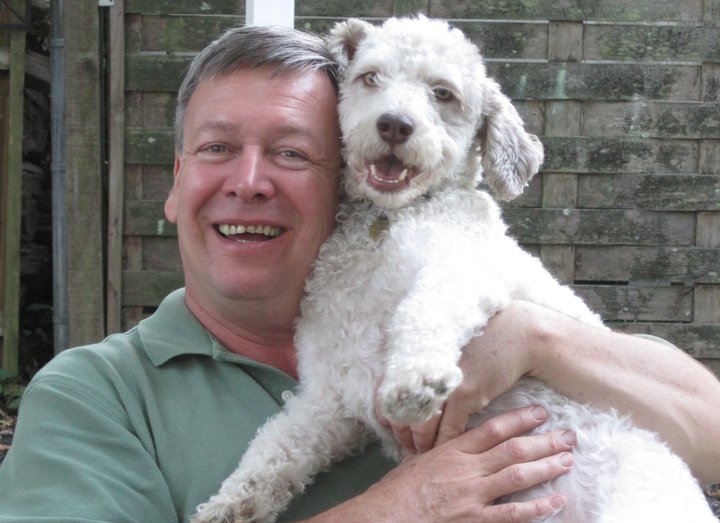 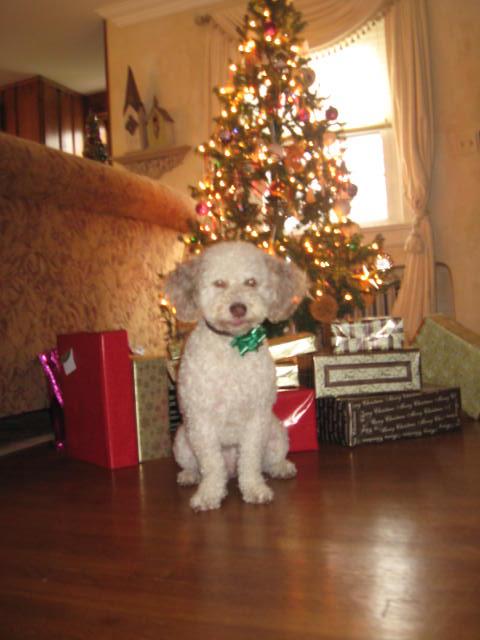